Keeping the Beat From Nat Sherman To Ferio Tego

Keeping the Beat From Nat Sherman To Ferio Tego 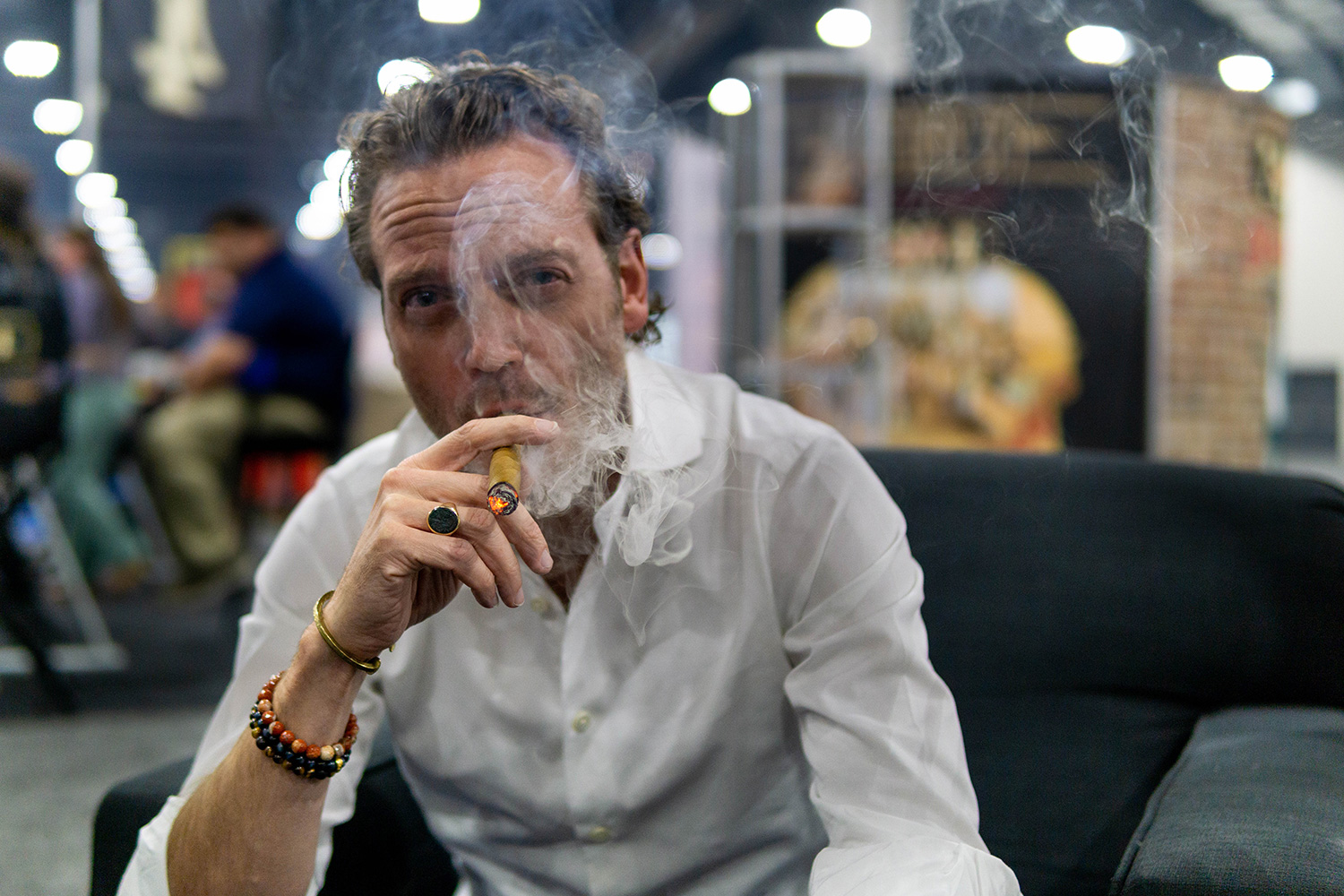 Like all adept jazz drummers, Michael Herklots knows how to anticipate changes and react; he’s highly skilled at improvisation, gifted with the ability of stepping into the unknown and surging forward without looking back. These talents go beyond mere time-keeping–drum machines can do that. No, Herklots is the kind of drummer who guides the ship and sets the tone; he’s the bedrock foundation for a dedicated musical course of action.
But Herklots is more than a jazz drummer; he’s also one of the leading ambassadors in the cigar industry. He served as the general manager of two Davidoff locations in New York City, and would go on to become Vice President of Nat Sherman International, LLC, in Manhattan. Michael was responsible for overseeing the operations at the company’s famous Townhouse store for nearly a decade. After a difficult period last year, during which time Nat Sherman’s corporate owner, Altria, was unable to sell its premium cigar brands, Herklots seized the moment. He used both his business smarts and drummer’s instincts–he literally grabbed the phrase and turned it around, and along with another prime player, Brendon Scott, former Vice President and Chief Financial Officer for Nat Sherman, LLC, he formed Ferio Tego. The new company now owns and distributes the former Nat Sherman lines–Timeless, Metropolitan, Epoca and Ancora, among others.

Cigar & Spirits Magazine sat down with Herklots to find out how a Berklee-trained drumming ace became a major player in the cigar business, and how he and Scott plan to preserve treasured brands while forging a new identity.

So how did you get into the cigar business?

It’s a long story–sort of. From 1998 to 2002, I was a drum set performance major at Berklee, and during this time all of my efforts were focused around pursuing a career as a musician. I was heavy into jazz, but I played other types of music, too. I was playing a lot in Boston, and I had a great time. I loved everything about drumming and music.

During my first year at Berklee, I started getting into cigars, and I remember trying to figure out how I could get a cigar-related job. I was like, “I need to get a job selling cigars so I can be around them all the time.” So all through college, I was in retail throughout Boston, starting out at a little kiosk called the Humidor in the Prudential Center mall and then at the Gloucester Cigar Company in the Back Bay. I was learning about the cigar business while trying to maintain a music performance schedule. It was pretty intense.

When did you shift from music to the cigar world full-time?

It was gradual and very organic, and I never really left music–I still play whenever I can. For me, though, the move into cigars as a real business had a lot to do with scrutinizing opportunities and figuring out what was best for the moment. In 2002, I moved to New York and went to work as a salesperson for Davidoff on Madison Avenue. I was still juggling sales with being a musician, and for a while I could pull everything off.

In 2006, however, Davidoff bought a store in the Time-Warner building, and I was offered a gig there as a general manager. This wasn’t just sales; it was a real gig, running the place. I knew that I would have to put my music career on the back burner, but I went for it. Two years later, I was asked to run both Davidoff stores. I was 28 and I had a serious girlfriend, so I decided to I had to do it. I took a few more chips out of the music pile and put them in the cigar pile.

A few years later, in 2011, the Sherman family reached out and talked to me about running their store in New York–the Townhouse, as we called it. I loved the Shermans, but I loved Davidoff, too, and it didn’t make sense to go from running two stores to running one. But the Shermans were persistent, and they put it to me that they didn’t just want to build up their store; they wanted to rebuild the cigar culture and community, making their products more relevant, getting them into brick and mortar stores.

I was honest with them and said that I was happy where I was, but they put it to me directly: They wanted me to come in, and they would trust me to run the place how I wanted. So I went with them, and over the next 10 years I helped them polish and fine-tune the final chapter of the Nat Sherman International story.

Walk me through the next phase and how you came to form Ferio Tego.

In 2017, the Sherman family sold the company to Altria–this included both their cigarette and cigar brands and the retail store. A couple of years later, Altria announced that the premium cigar business and the store weren’t core to the long-term vision of the company, so they announced their plans to sell those elements. We got to work on finding suitors who could carry on that legacy in their own organizations, and we made a lot of progress, but then Covid hit. We had a buyer at the time who pumped the brakes. We went back and tried to renegotiate, but it got harder and harder as the pandemic continued on. We looked into other buyers, but they were trying to triage their own operations.

So by July of 2020, we announced that we were winding down. We closed the retail store. It was a difficult time, especially for me and Brendon Scott, who was Nat Sherman’s CFO. We kept looking for ways to sell the business, but nothing came to pass. We sat around the conference table, heads in hands, going, “This sucks.” We knew there was nothing wrong with what we had; it just didn’t fit anybody else’s business model.
Finally, Brendon and I decided to approach Altria to see if they would be willing to sell us the brands; we really wanted to carry on those legacies. So we talked to the leadership and asked them if they would consider allowing us to buy the brands for a new company that we would create, and there was a resounding “Yes.”
Very quickly, we formed a company–I already had the name registered for Class 34–Ferio Tego. Ferio Tego is the Herklots family motto. It sits just below the shield on the Herklots Family coat of arms and dates to 1641. [Ferio Tego translates to “strike and defend.”] I walked Brendon through my ideas. We were passionate about the opportunity to restore, resurrect and rebuild Timeless and Metropolitan. We formed the company, funded it and worked with Altria to efficiently transact. We then acquired all of the brands, the corresponding trademarks and any related intellectual property associated with the brands that were formally sold by Nat Sherman International. I say that specifically because that’s an important distinction: We did not acquire Nat Sherman. Nat Sherman remains a cigarette brand that is owned and sold by Philip-Morris.

Check out the rest of our featured interviews!

It’s an age-old tale–two brothers set out to imprint [...]