The Spirit of Speyside Festival

The Spirit of Speyside Festival

A Fairy-tale Whisky and Cigar Castle of Dreams

A Fairy-tale Whisky and Cigar Castle of Dreams 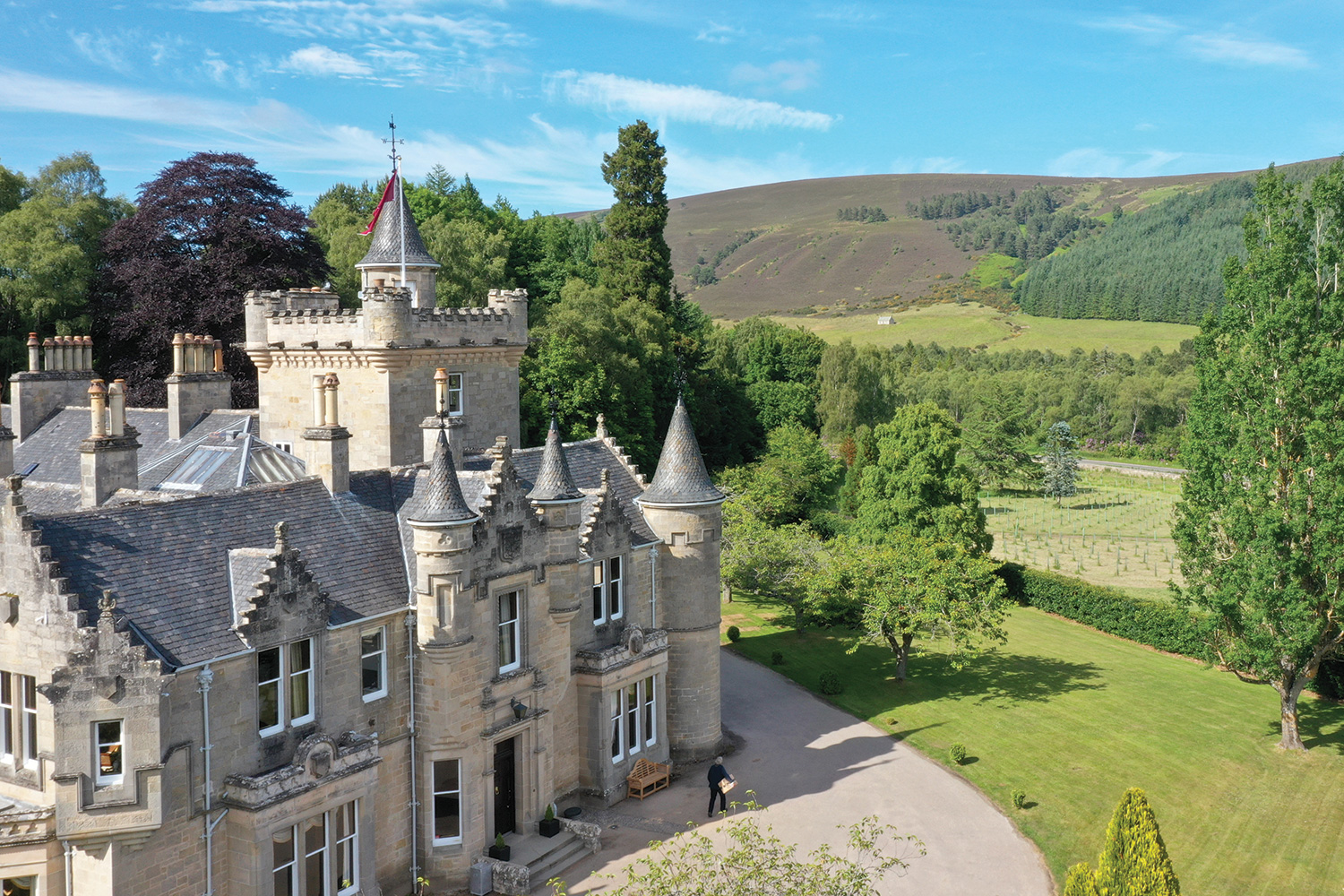 THERE is such a thing as a breakfast dram, you know.

If ever there was a time to indulge one’s taste for Scotch whisky, it’s during the Spirit of Speyside Festival; several days of educated debauchery to celebrate all that’s great and good about this incredibly fecund region of smooth, subtle, fruity whiskies.

And, if ever there was a place to enjoy them, it’s here at Rothes Glen House. In this fairy-tale castle equipped by a hedonist, you’re never more than a few steps away from a reviving drop of the stuff, wherever you happen to wander in the rooms and grounds. 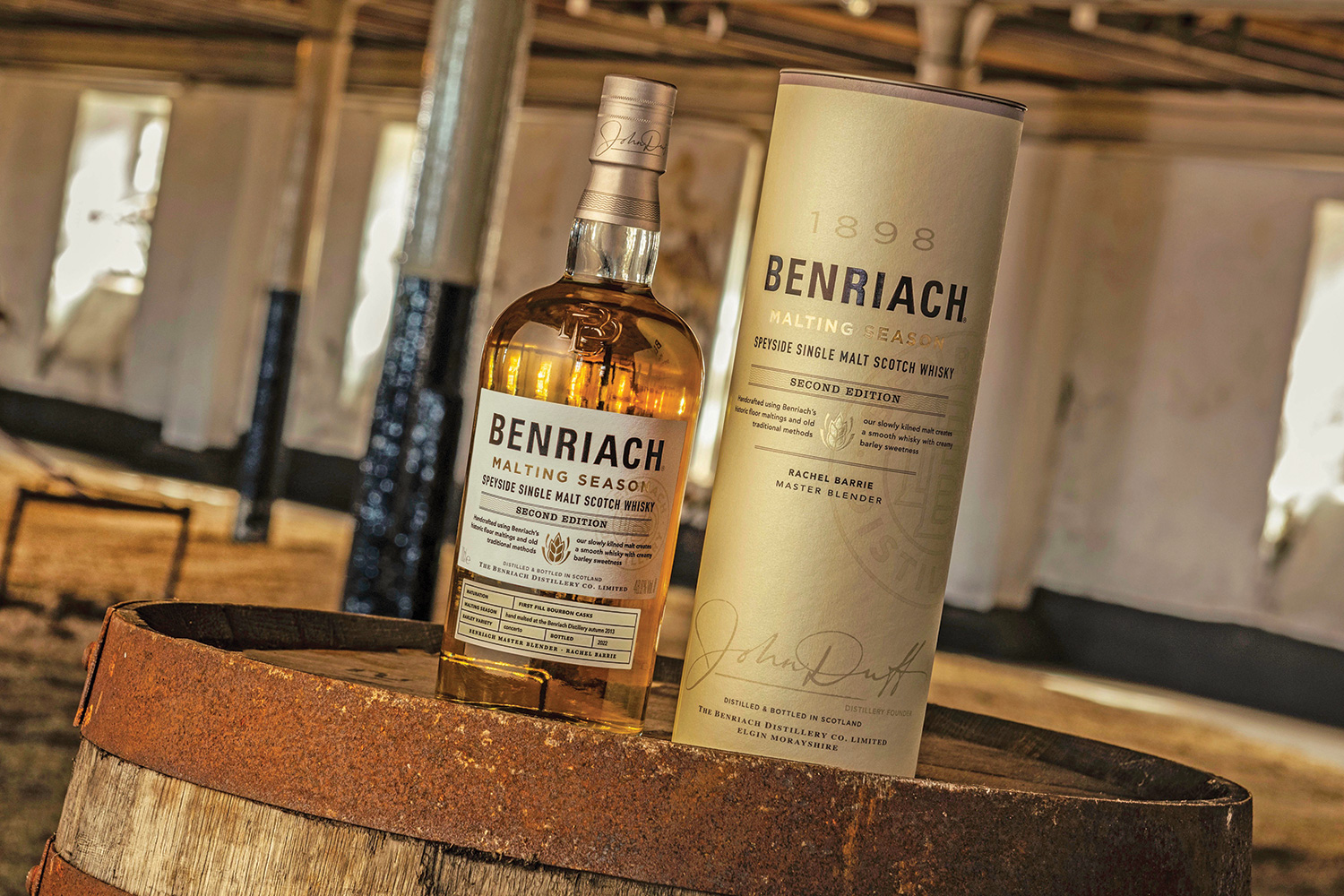 I’m here as a guest of owner Damian Riley-Smith–himself a lover of the finer things in life, and possessor of a darkly comic sense of humor which is drier than a mothballed mash tun. After forming Whisky Magazine and subsequently Whisky Live in the early late 1990s, he bought the former hotel between Inverness and Aberdeen and set about a return to its former glory–with added bells and whistles such as the whisky tasting room and beautifully appointed cigar courtyard.

“There should be at least three points in each room at which you can access whisky,” Damian announces on my arrival. “And we have a menu here from which you can browse and try a dram from any of the hundreds of bottlings we have in our cellar, should you so wish. In the grounds, you will notice small wooden casks every few paces–you’ll find glasses and a refreshing bottle of something in each of them.”

Rothes Glen is designed as a plaything for those serious about making the most of every minute. What is refreshing about it–and Damian himself, for that matter–is that everything is in impeccably good taste and nothing taken too seriously.

There are scores of distilleries within a short drive of Rothes Glen; names you may in the past have rolled around your palate in wistful appreciation; Knockando, Benriach, Glenfiddich, Aberlour, Balvenie, Macallan, Tomintoul and many, many more. With the Rothes Glen team behind you, every door is open.

I kickstart my flying visit from a dull and chill southern England to a warm and sun-splashed North Eastern Scotland by landing in Inverness and taking a car straight to Benriach, where I’m just in time to see some traditional (and these days, rare) floor malting in full swing. Here, selected strains of Scottish barley are encouraged to germinate before being dried to capture their precious, newly-released sugars.

If you’ve never visited a whisky distillery, you are missing out on one of life’s great pleasures. Whether you’re a technical nerd and want to know about the model and issue date of the worm tub condensers or, like me, more interested in the terroir, unique flavors and romance of each dram, there’s something so happy about exploring these places, redolent as they are of the ghosts of former master blenders and their remarkable creations.

Benriach is a classic example. We can be inclined, one feels, to look back on the past with a sort of patronizing sentimentality for out-of-date ways, but here you have to wonder at the foresight of the architecture and planning that went into creating this distillery in 1898. Much of the original infrastructure and machinery remains to this day and still performs the job as well as, if not better, than anything we could muster now. Dr. Rachel Barrie is the Master Blender and somehow, by alchemy and physical senses, she creates an extraordinary palate of flavor from the mind-blowing variety of options available from the liquid, wood and time at her disposal. 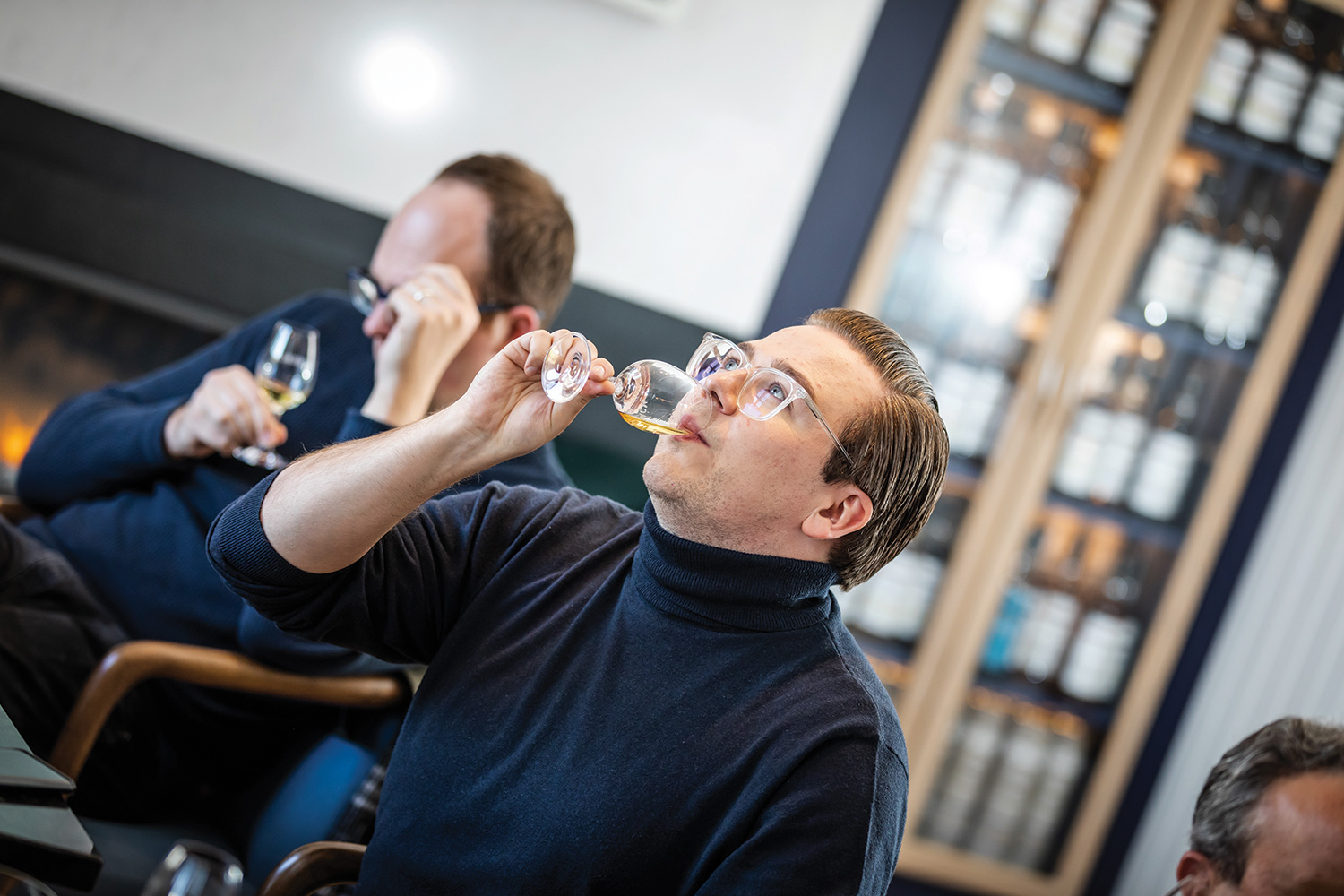 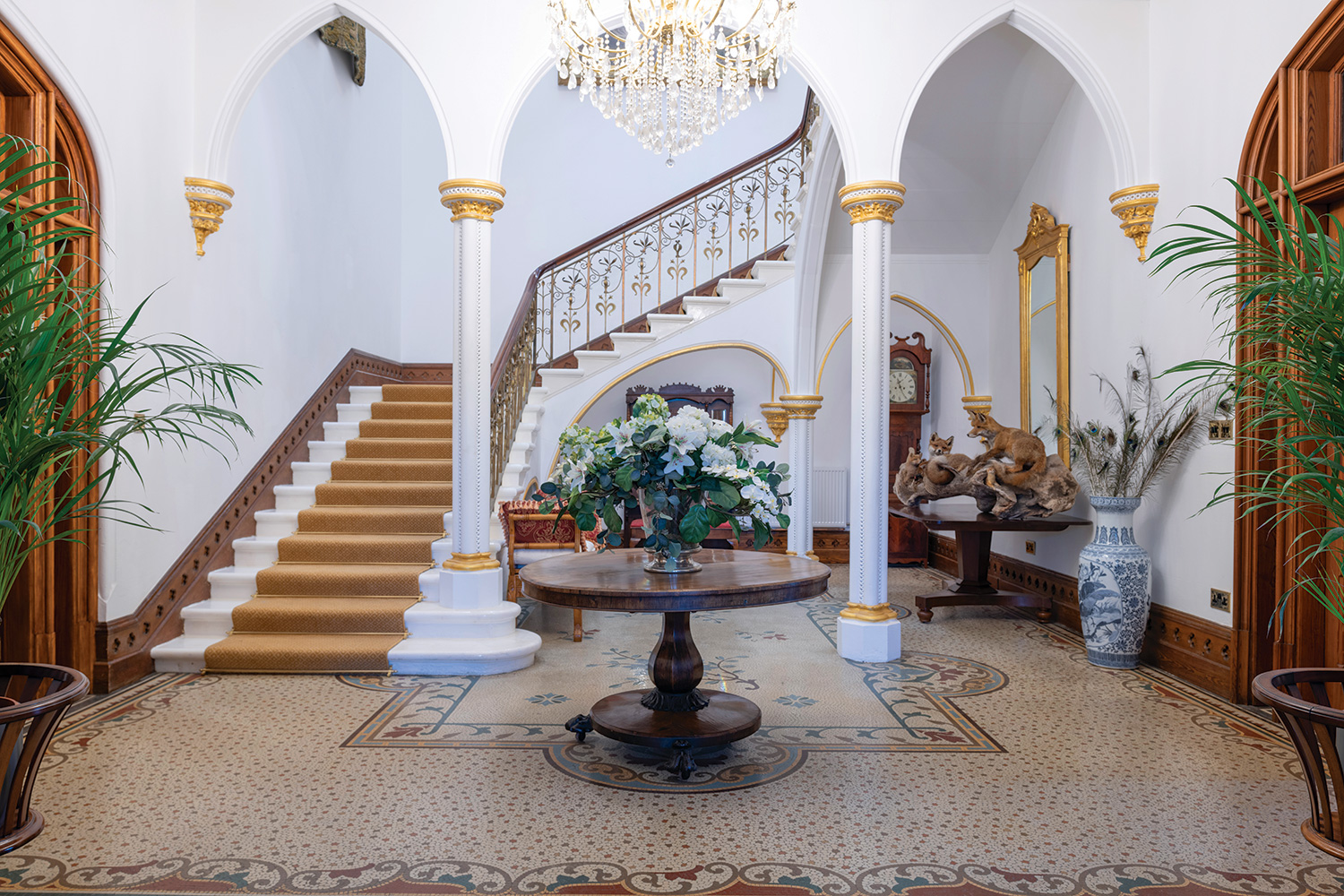 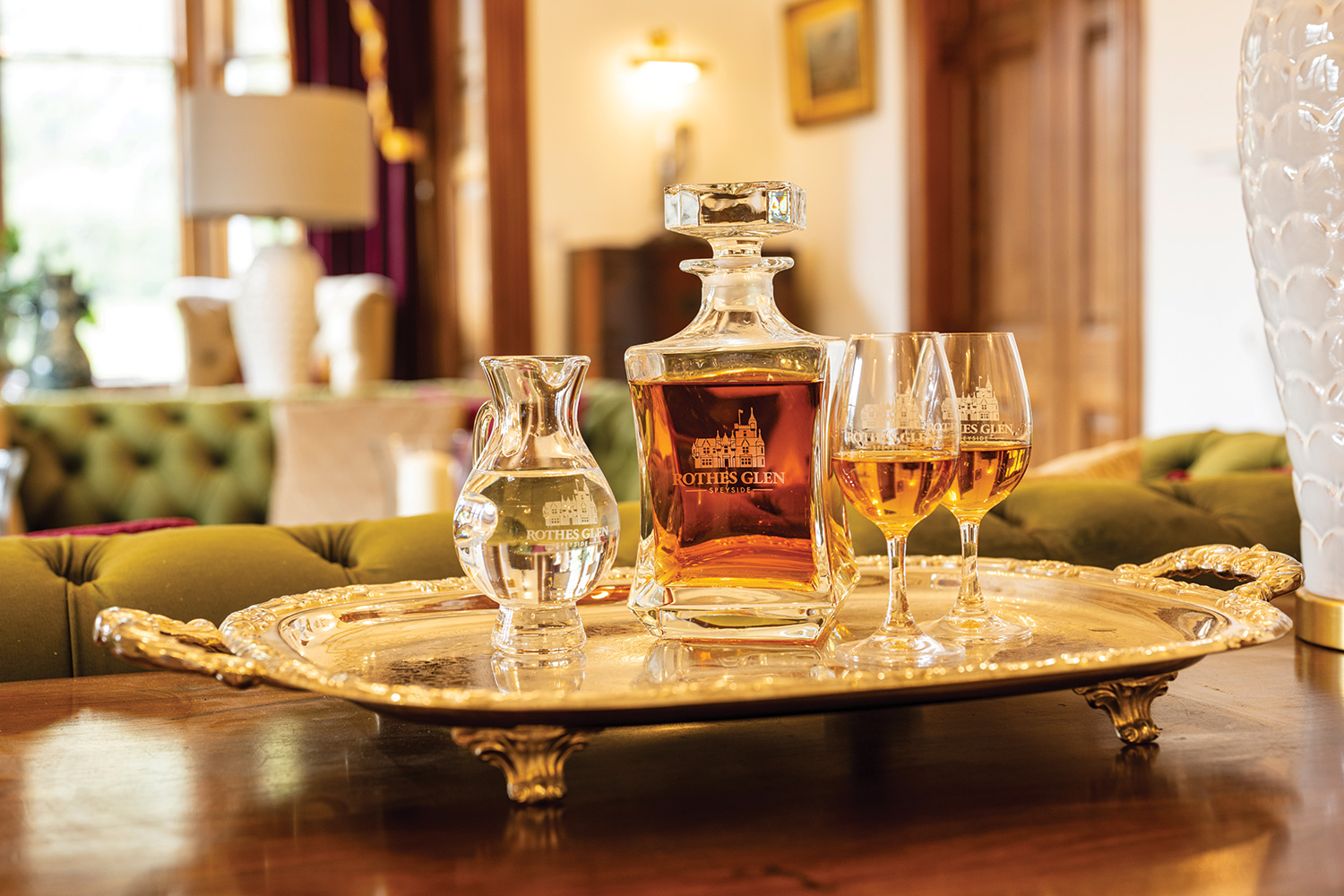 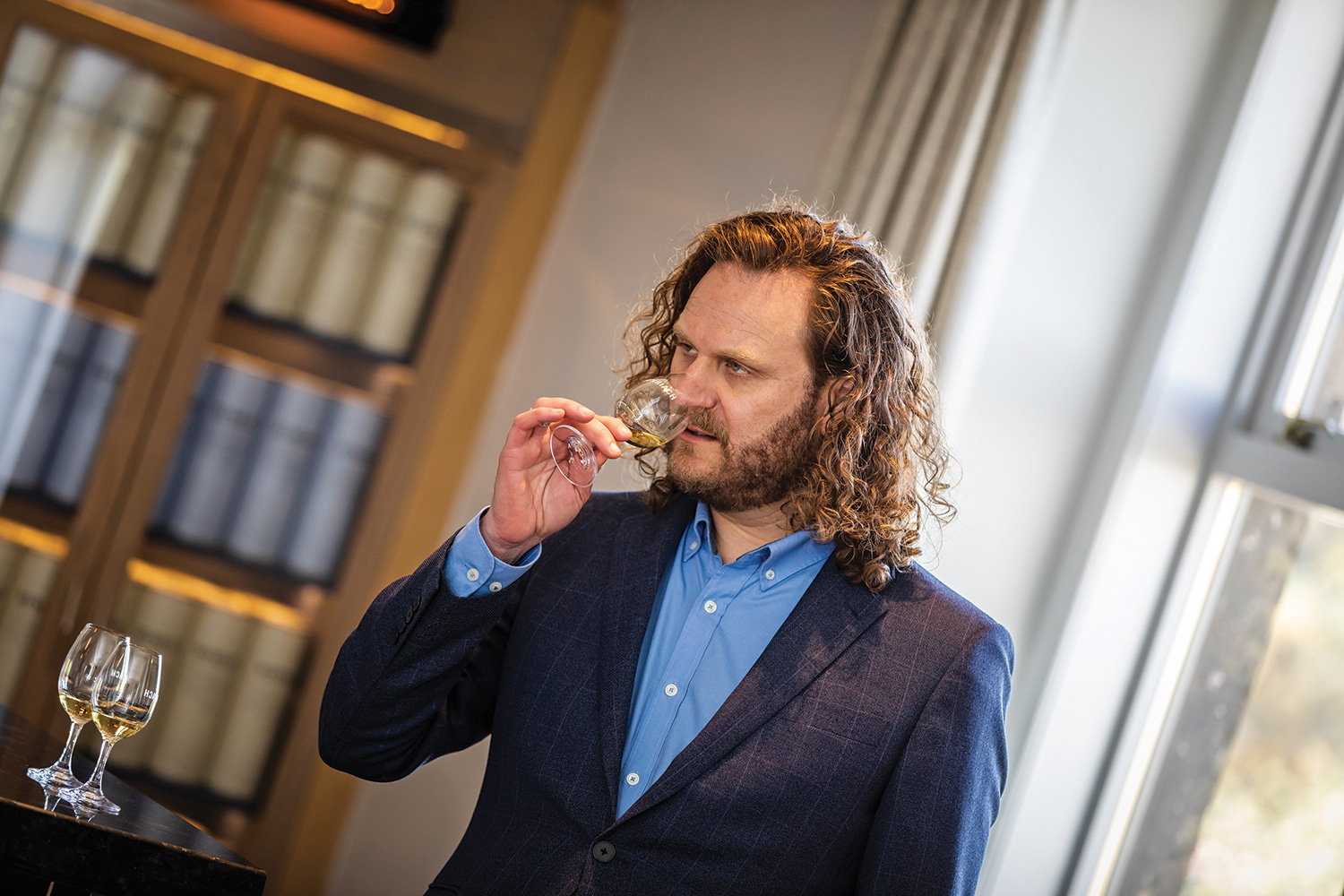 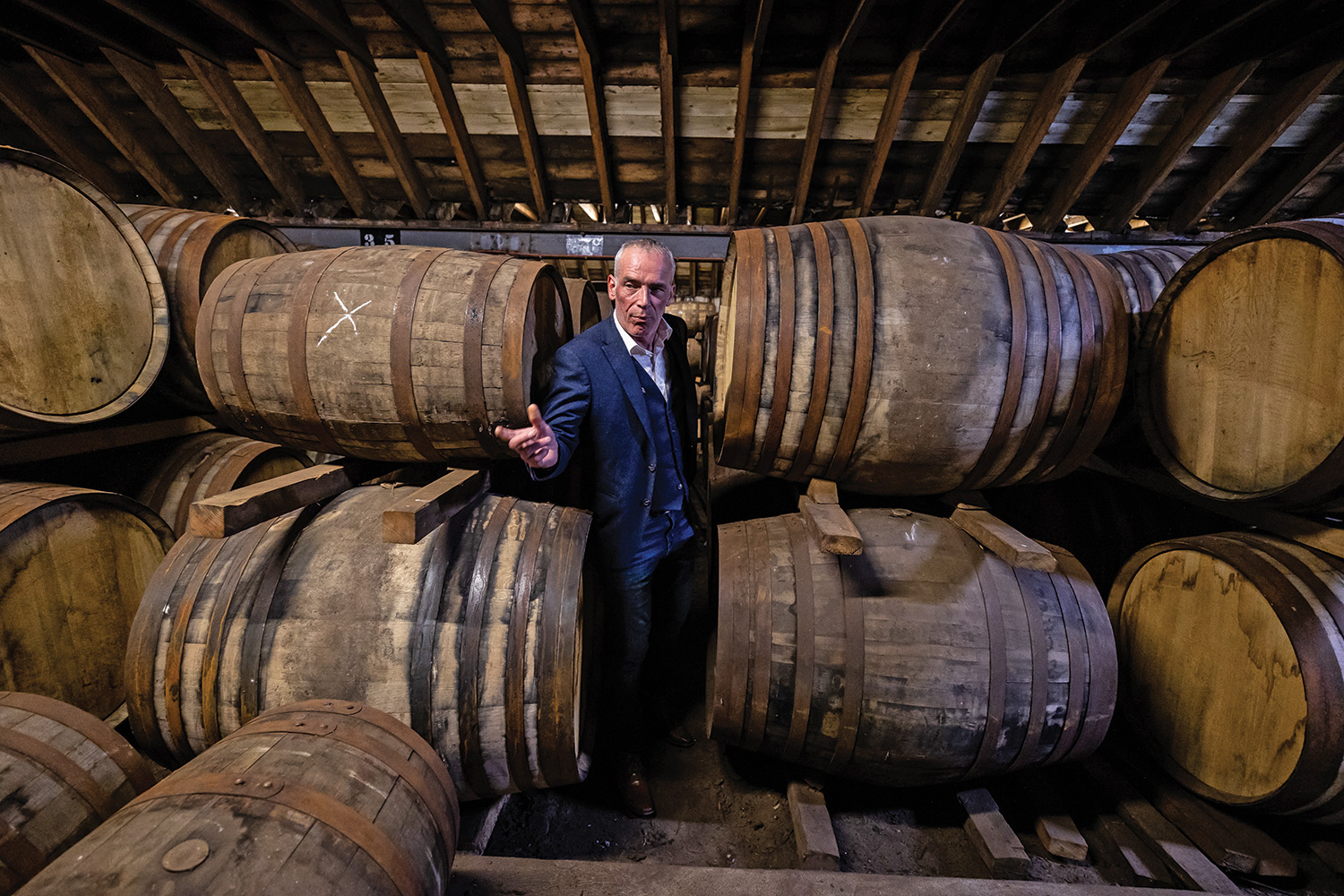 Back at Rothes Glen, a professional chef and staff prepare an intricate and flavorful dinner and I at last have time–in-between hilarious games of snooker in the billiard room–to sit by a roaring firepit and match the umpteenth dram of the day with a handrolled cigar.

Riley-Smith loves a smoke, too, and you’ll find a humidor in the vaults and a soon-to-be-completed bespoke cigar room atop one of the towers. An old whisky wash back has been lovingly rebuilt within the room and visitors will be able to sit inside it and smoke to their heart’s content.

This turns into one of these evenings I simply don’t want to end. It’s nearing 3:00 a.m. by the time I drag myself away with “one more for the road” before collapsing into the palatial suite to while away a few hours before we go again.

The festival spins past in a blur. The Glenfiddich opening dinner is riot of taste and tartan; and then I’m off to atmospheric Tamdhu, an ugly but nevertheless remarkable distillery which glories in its exclusive sherry bottlings. We start with a steadying dram, a whistle-stop and humorous tour of the distillery and into the warehouses where, joy of joys, a valinch is produced and we taste straight from the barrel. We then head to the old waiting room next to the now defunct railway sidings where barley, coke, casks and precious spirit were once transported. Here, we are treated to a talk and taste test of the finest Belotta Iberico Jamon and a superbly delicate lunch–cooked by the wife of a Tamdhu staff member, no less–while enjoying more of the distillery’s redolent spirit. There’s even time for a Tamdhu Cigar Malt paired with a Cuban Partagas Capitol as the sun shines, and the burn babbles. And then it’s back to Rothes Glen for more mischief.

This castle is the ultimate cigar and whisky lover’s destination. I couldn’t have done it better, myself. 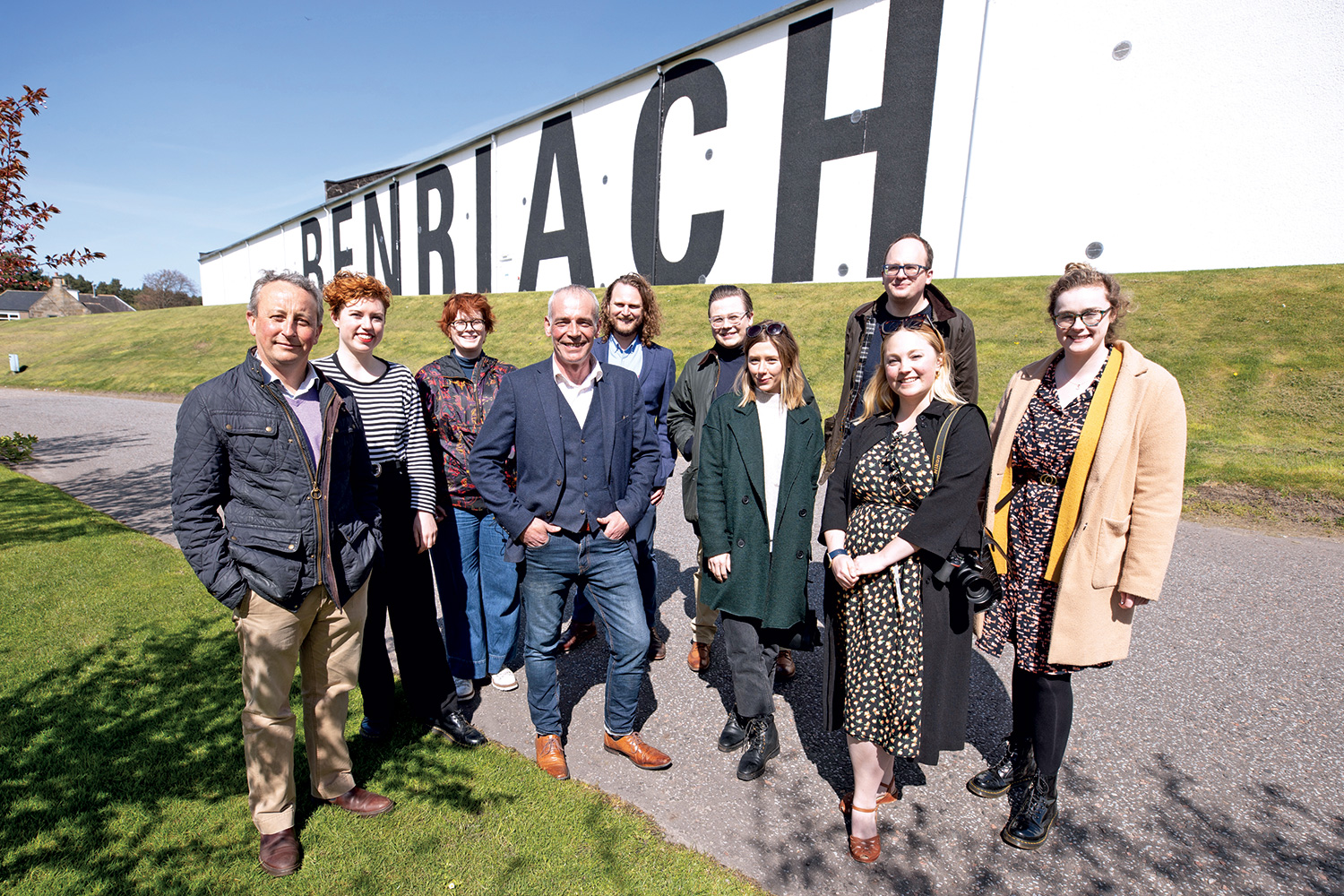 Nick Hammond is the UK’s premier cigar writer, a winner of the inaugural Spectator Cigar Writer of the Year Award and a regular contributor to cigar publications around the world. He also writes extensively on travel, luxury, food, drink and the good life. His new book, Around the World in 80 Cigars: The Travels of An Epicure, is a must read for every cigar lover and world traveler.