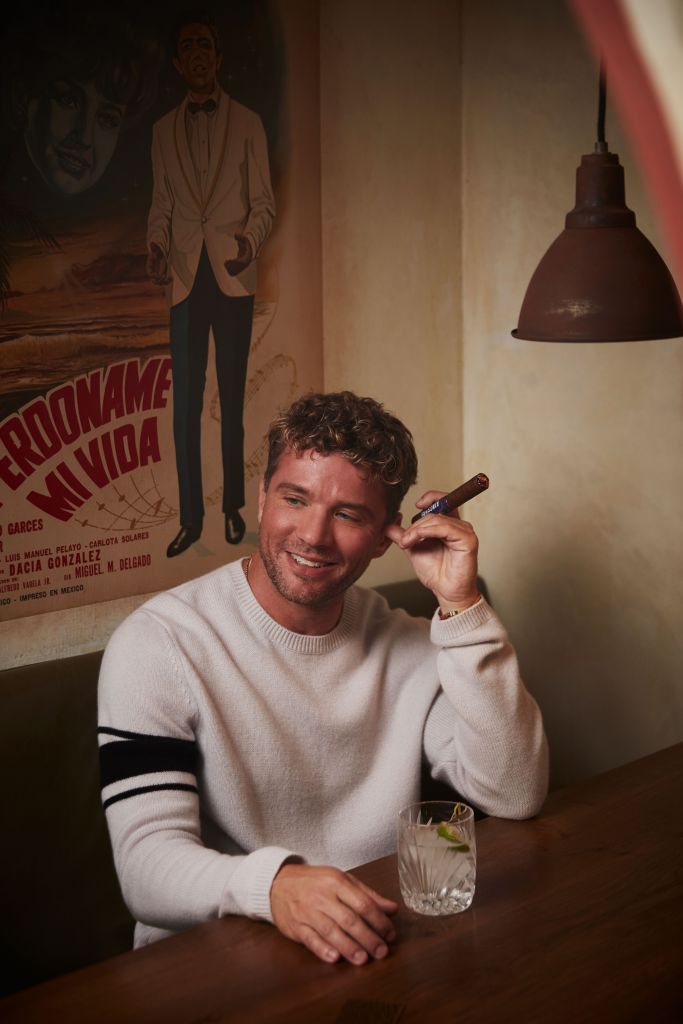 “A MASTER IN THE ART OF LIVING MAKES LITTLE DISTINCTION BETWEEN HIS WORK AND HIS PLAY.”

That quote is attributed to author James A. Michener, and living by his philosophy is a wise choice. Given that Cigar & Spirits Magazine is geared to the appreciation of cigars, spirits, cuisine, travel and showcasing people who are passionate about life, it shouldn’t come as a shock to anyone that Michener’s quote resonates with us.

Spending a day with Ryan Phillippe at his restaurant The Hideaway in Beverly Hills was as fine a workday as they come for our team. Ryan and two of his partners, JT Torregiani and Sylvain Bitton, were undoubtedly gracious hosts that day. We had a chance to chat with Ryan throughout the day, and we came away with the realization that Ryan is a fine example of someone who lives by Michener’s tenet as well.

It’s a bit hard to believe that Ryan has had a thirty-year acting career. Sustaining an award-winning career in Hollywood for that amount of time is no small feat. Ryan is 48, but he doesn’t look a whole helluva lot older from when he first jumped out at us from the screen in the ‘90s in films like Crimson Tide, Cruel Intentions, Gosford Park and the iconic I Know What You Did Last Summer. Recently, he’s been lauded in films like American Murderer and Summit Fever.

Ryan’s been able to develop a fully realized career acting in a variety of genres, directing, hosting a podcast and becoming an entrepreneur.

Cigar & Spirits Magazine: What inspired this restaurant venture? The art on the walls is gorgeous, and there’s a great energy here.

Ryan Phillippe:
The vibe is meant to be ‘70s to ‘80s Baja, Mexico. Jeffrey Best, one of the partners, grew up taking family vacations there every summer, and so that left an indelible imprint on his memory. When it came time to make a Mexican steakhouse, the idea was to theme it accordingly. It’s similar to what a set designer would do in a movie. Things are intentionally aged; it’s made to look like it’s been here for some time. This is a brand-new restaurant but look at the cracks around the coping. All of that is done with intention so it feels like a place that’s been around for a long time.

You and your Hideaway partners pride yourselves on the fact that most everything is imported from Mexico—from the flooring to the art, and vintage movie posters.

To the tortilla strips. [laughs] They come from Oaxaca; you can’t get them in them United States. The emphasis has been placed on authenticity, but also in creating a cinematic dining experience where you feel like you’ve gone someplace—an experience—not just to dinner. 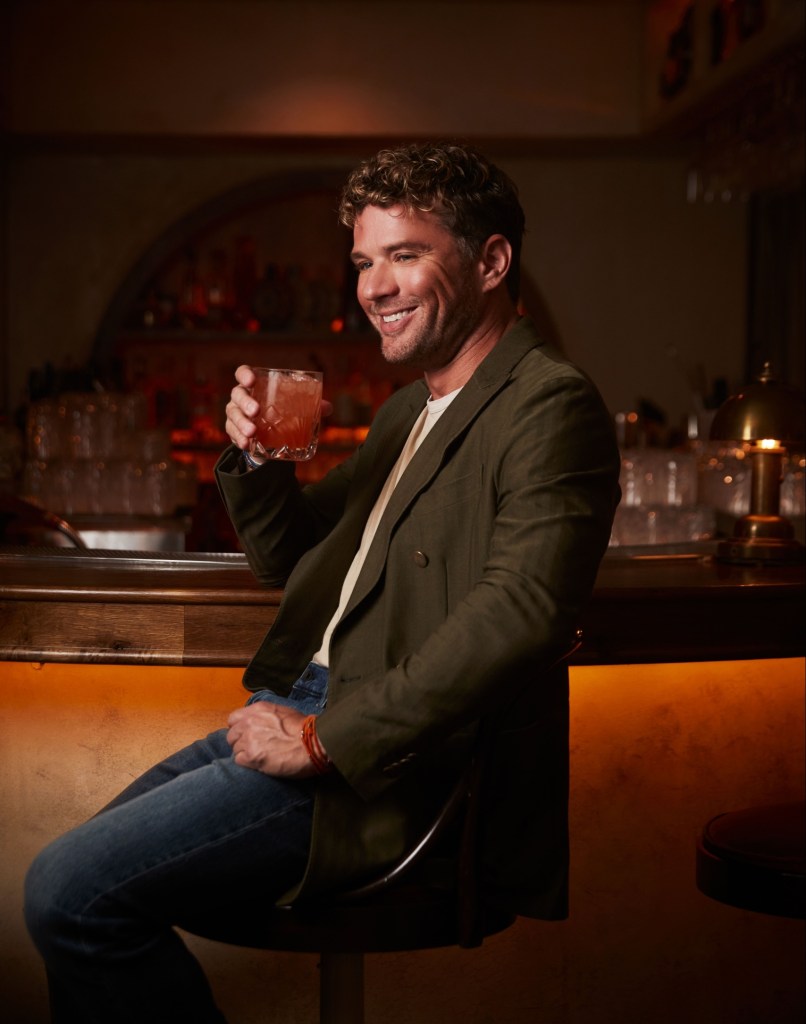 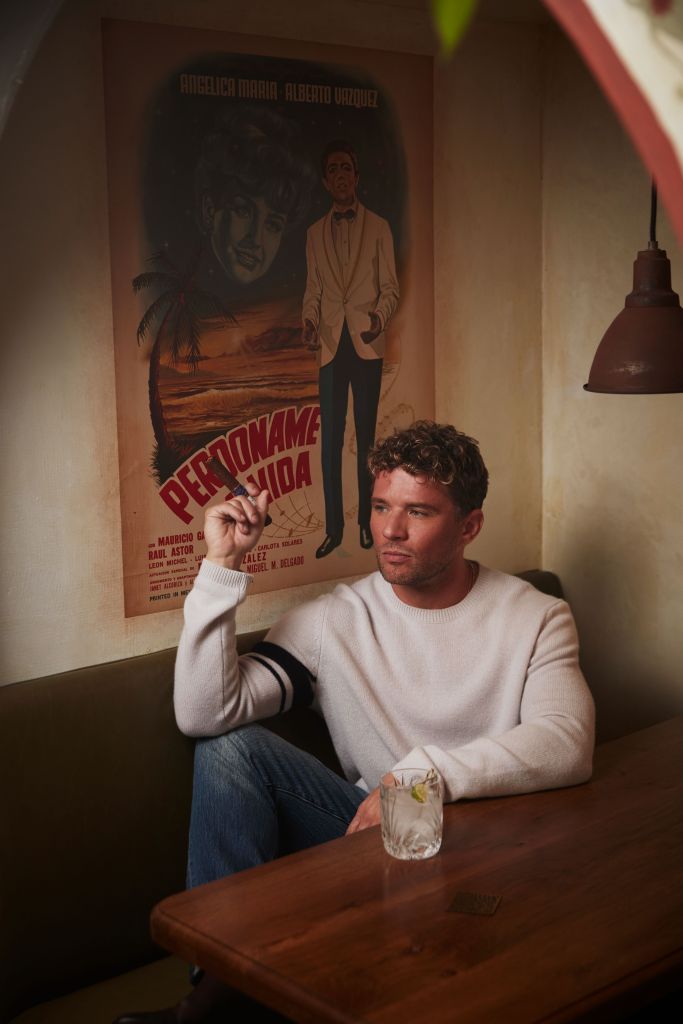 The passion you show in your acting is evident. Do you share that same passion for the restaurant industry? I do. Absolutely. I feel like it’s going to be my retirement plan–getting more and more into hospitality. I’m involved with Craig’s Restaurant, which is one of the most popular in Los Angeles. I’m involved in a lounge opening in Miami, and back home where I’m from in Delaware. I’m opening two establishments there within the next year and a half. I have a passion for it. There’s a lot of creativity within the space. You can have nice drinks, nice food, and people pay a premium for that at certain places. I want them to go away with something extra. I want them to have an actual experience, not just a meal. I want to apply that to all of the establishments I’m involved with. Really have it be transformative in some ways.

The vibe at The Hideaway is unique. It’s hip, artisanal and classic at the same time. Right. You would never feel like you were in Beverly Hills or Los Angeles right now, especially at night. The way it feels when the lights come down, with the fire pits on—it’s just gorgeous.

It doesn’t feel like a stereotypical Rodeo Drive kind of place. The restaurant has a warmth to it.
That’s the idea.

What’s your favorite dish? Well, I’m a big meat eater which is a good thing because this is a Mexican steakhouse. [laughs] One of my favorite things on the menu is the wagyu tartare tacos. I love raw meat. The tomahawk is insane. One of our signature dishes here is the barramundi. It’s prepared as a whole fish, but each side is seasoned differently, so there’s a red sauce seasoning and a green sauce seasoning on the same fish as it’s delivered to your table. People love it.

I love that you can share multiple dishes, kind of family style. You can have all your friends here and just order a variety of meats.
Yes, it’s meant to be that way. It’s meant to be like family style, and so every dish comes with its own corn or flour tortillas. You can go either shrimp, fish or steak. Anything you order is complemented by what we add to the table. Lime, salt and the tortillas.

The restaurant has gotten buzz as a “subterranean late-night Mexican steakhouse.” The craft cocktails and tequila button service as well. Do you appreciate tequila and mezcal?
I’m really into mezcal these days. We have a great mezcal cocktail here that I love called the Poblano Escobar. Mezcal is an acquired taste in some regards. When you have your first one or two, you might be a little resistant, but then over time, mezcal becomes really, really pleasing to the palate. There are quite a few fancy drinks here. Like for the ladies, we have a novelty drink that’s served in a ceramic donkey, like an old-school style Mexican restaurant would have.

What do you have planned for the year for the restaurant?
There’s a growth process with every restaurant. It’s got to find its legs, from the menu to the staffing, to the functionality of it all. It gets better and better each time you come back, which is another thing that I love. Then hopefully we’re successful enough to franchise this to other places. We’d love to do a Hideaway London, Hideaway Chicago. Vegas may come calling at some point, so we’ll see.

Cool. That’s 2023 for the restaurant. What about your entertainment projects?
It’s a lot, man. Between now and the spring, I have four movies coming out. [Our interview with Ryan took place this past October.] The two that are out now or next week are American Murderer and Summit Fever. I’m shooting a new pilot for ABC in the coming year. I’m going to direct my second film in the spring, a horror movie. I’ve also just started doing a podcast for a company called Wheelhouse that Jimmy Kimmel’s involved with, which is an oral history of stunts in film and television.

We’re going to start back with Buster Keaton and Charlie Chaplin, go through the martial arts movies and Spaghetti Westerns. We’ll work our way all the way up to The Matrix and Mission Impossible. I’ll be interviewing stunt men and women coordinators and we’re really hoping for a sit down with Tom Cruise to talk just about his stunt career. 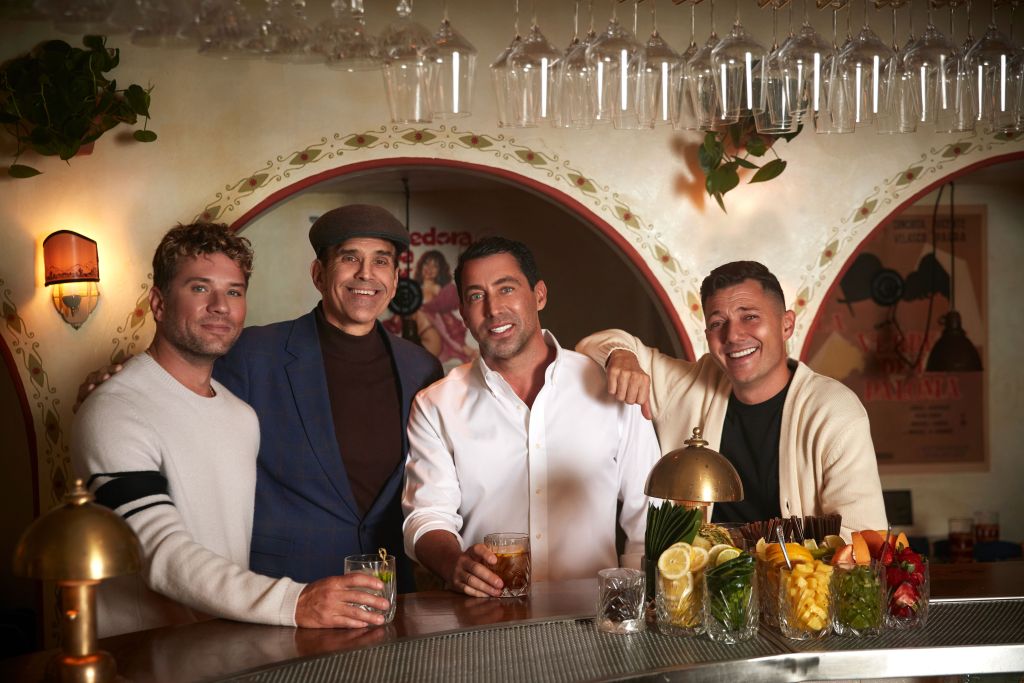 What’s the approach to your podcast?
Our approach with this podcast is the way Ken Burns does documentaries. We want testimonials. We want to tell stories. We want to give you a sense of how it’s evolved over the years. I guess that’s part of the reason I’m the right host for it. I’m known in my career for having done a lot of my own stunts. I did three seasons of an action series where I was only doubled two times the entire run of the series. I like the adrenaline of it.

I jumped off a four-story building on a descender wire. I’ll do some crazy stuff. In fact, when I was doing that jump, I asked one of the guys who was rigging me—putting the wire on me—”How many times have you done this stunt?” He goes, “Man, I wouldn’t do this shit.” [laughter] There’s even stunt personnel that have specialties. They also have their own set of fears or things that they don’t want to do, and that was a pretty surprising answer to get in that moment.

I always like to ask actors what their initial inspiration was. Was yours a specific movie?
Yes. Cool Hand Luke.

Why did that resonate and inspire you?
I saw Paul Newman on-screen, who’s a genius to me. I was very moved by how a man could express such emotion on screen. It sparked something very deep within me.

I can see how that would have been an inspiration. You bring a certain dynamic to your acting where you could see that.
Thank you.

Much luck and love in the upcoming year.
You too, my brother.