Cigars and Cocktails in the City of Light

Cigars and Cocktails in the City of Light

“Dieu,” Serge Gainsberg once sang, “est un fumeur des havanes, c’est lui qui m’as dit que la fumee m’envoie a Paradis!” The sentiment from France’s iconic bad boy that God was a smoker of Havana cigars and that their smoke would carry him to paradise reflects the feeling that still weaves through cigar circles in the capital. Cigars are ingrained in the culture, memories of a different era, symbols of the art of living that the French hold so dear.

France is consistently named one of the top consumers of Cuban cigars in the world, with the extra distinction of receiving small-batch regional editions made especially for the French palate, such as the well-known Quai d’Orsay. Connoisseurs of fine cigars in Paris are akin to connoisseurs of any French luxury product. They’re passionate, knowledgeable and deeply connected to the product’s terroir.

With this in mind, it makes sense that the earthy odor of good cigars mainly perfumes a few arrondissements, where the love of the finer things in life merges with a certain sense of tradition. The highest proliferation of cigar-friendly addresses lay in what’s known as Paris’ golden triangle. The area in the 8th arrondissement is delineated by the grand Avenues Champs-Elysee, Montaigne, and George V and is studded with five-star hotels, Michelin-starred dining, luxury shopping and some of the most expensive real estate in the world. Swirl past the famous architecture and the iconic tourist must-sees, and you’ll land in some of the best places in the world to indulge your cigar passion.

Tobacco notes are as varied and complex as the people who smoke them. Booking a cigar-friendly hotel allows you the freedom to find your pleasure on your own time, rather than being beholden to the time of day, the moods of the weather, and transport strikes which are as common in Paris as Louis Vuitton handbags. Many of Paris’ five-star hotels offer opulent digs for smokers. But be aware that most of the lounges are for hotel guests only, and a few like Le Royal Monceau require a yearly subscription, which can skyrocket into the thousands.

The La Maison is a good choice for travelers looking for somewhere decidedly Parisian with cigar culture integrated into the experience. The hotel, designed by Maison Martin Margiela, is a masterpiece of contrasts from the lobby ensconced in white to the Blind Bar, a dark horse of a smoking lounge, kitted out in scorched wood paneling and black leather armchairs. The fumoir is specifically reserved for cigar smokers, so you can relax away from the rush of check-ins and passers-by. Even if you opt not to stay at the hotel, you can enjoy the lounge with an entrance fee of $26. The fee can be used towards the purchase of tapas, drinks or the enviable selection of cigars that are available in the humidor, including Romeo y Julieta Petit Royales, Montecristo Edmundo, Cohiba Siglio I and II, Davidoff Signature and Horacio among others. Expect the Blind Bar to heat up on weekend evenings with a regular local crowd peppered with French celebrities. The bar is open from 1 pm to 11 pm, but hotel guests can access it whenever they desire, including for a morning coffee and smoke. 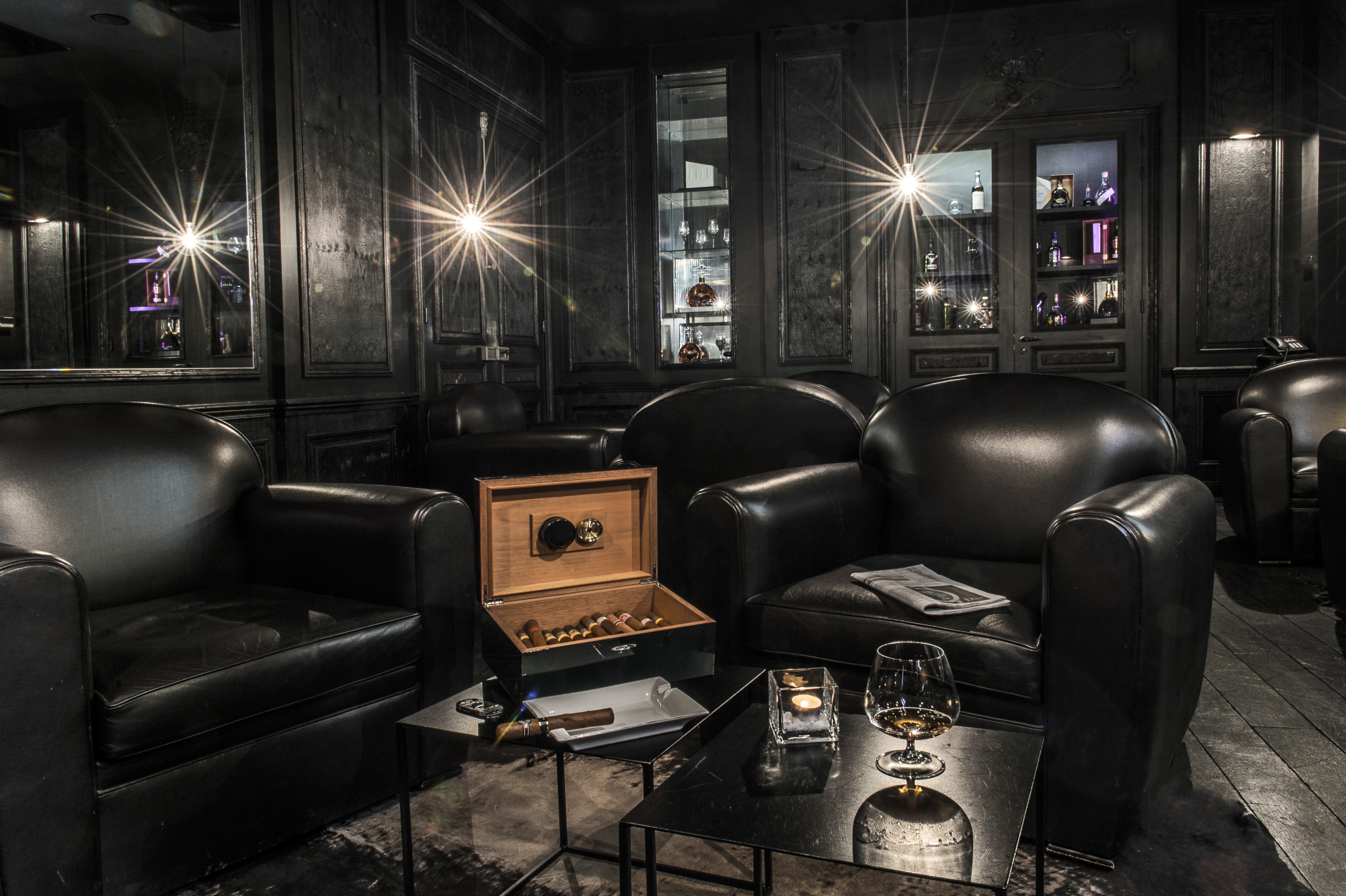 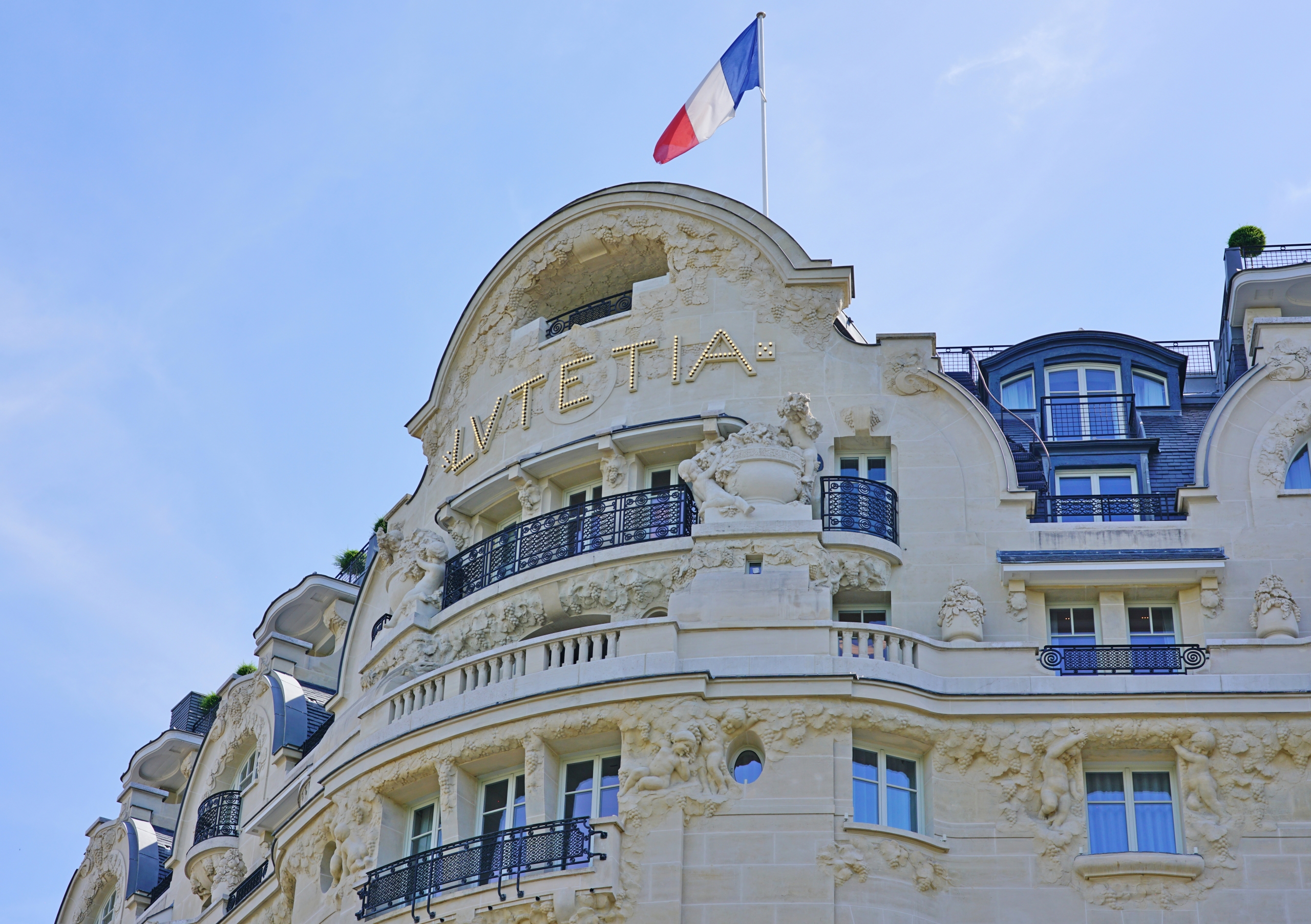 The newly renovated Hôtel Lutetia in the 6th arrondissement, Le Penisula in the 16th and La Reserve in the 8th are also popular places for cigar loving travelers; each with luxurious lounges and terraces in which to enjoy a stick with prestigious spirits. The hotels come with the anticipated five-star prices to go with their gilded and glamorous interiors.

Now, it’s time to step outside your hotel for the essentials–the cigars themselves. Many traditional tabacs advertise that they sell cigars, but few actually specialize in the proper storage and handing of products worthy of their noble reputation. You can start your visit at Palais Royal across from the oldest cigar shop in the world. 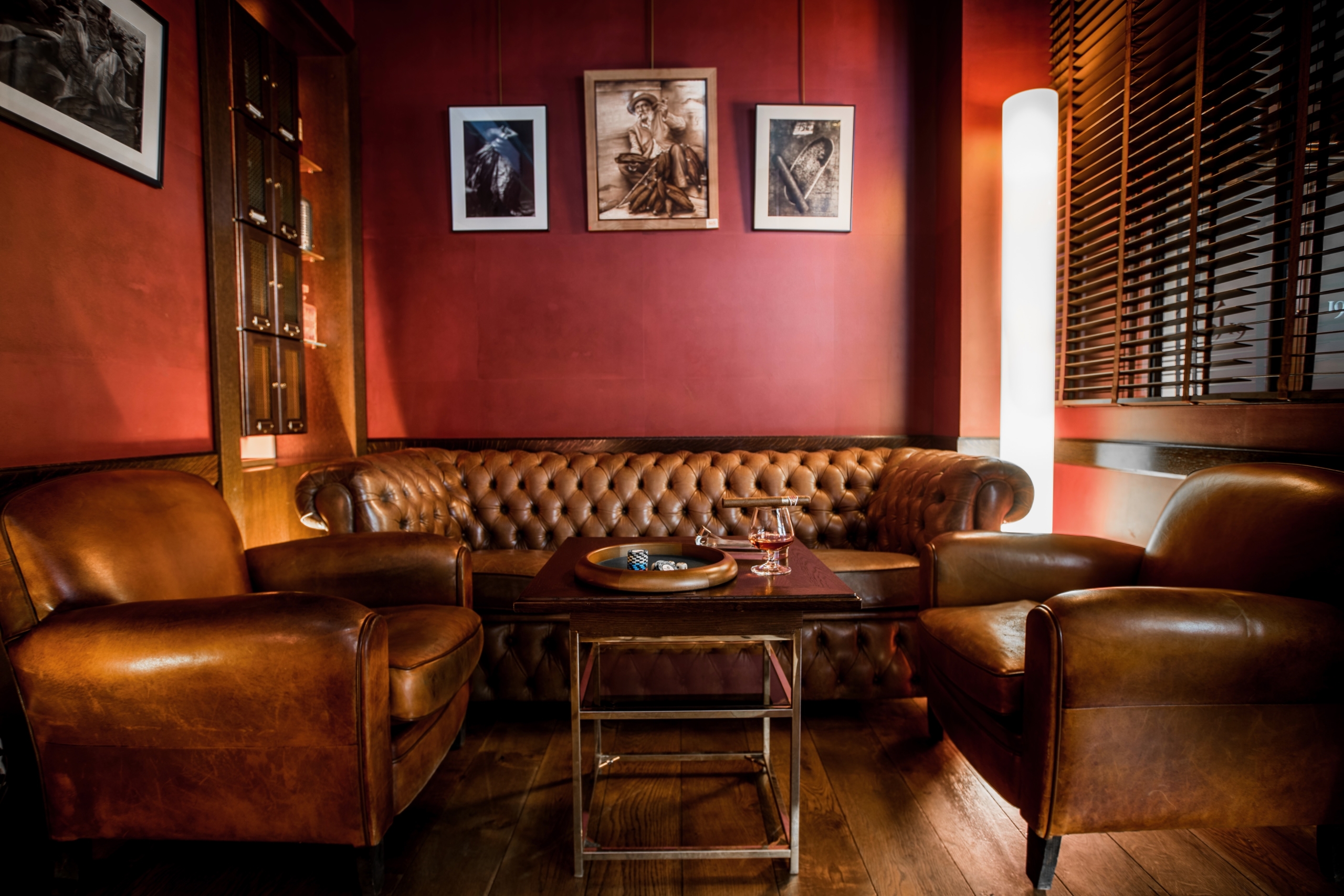 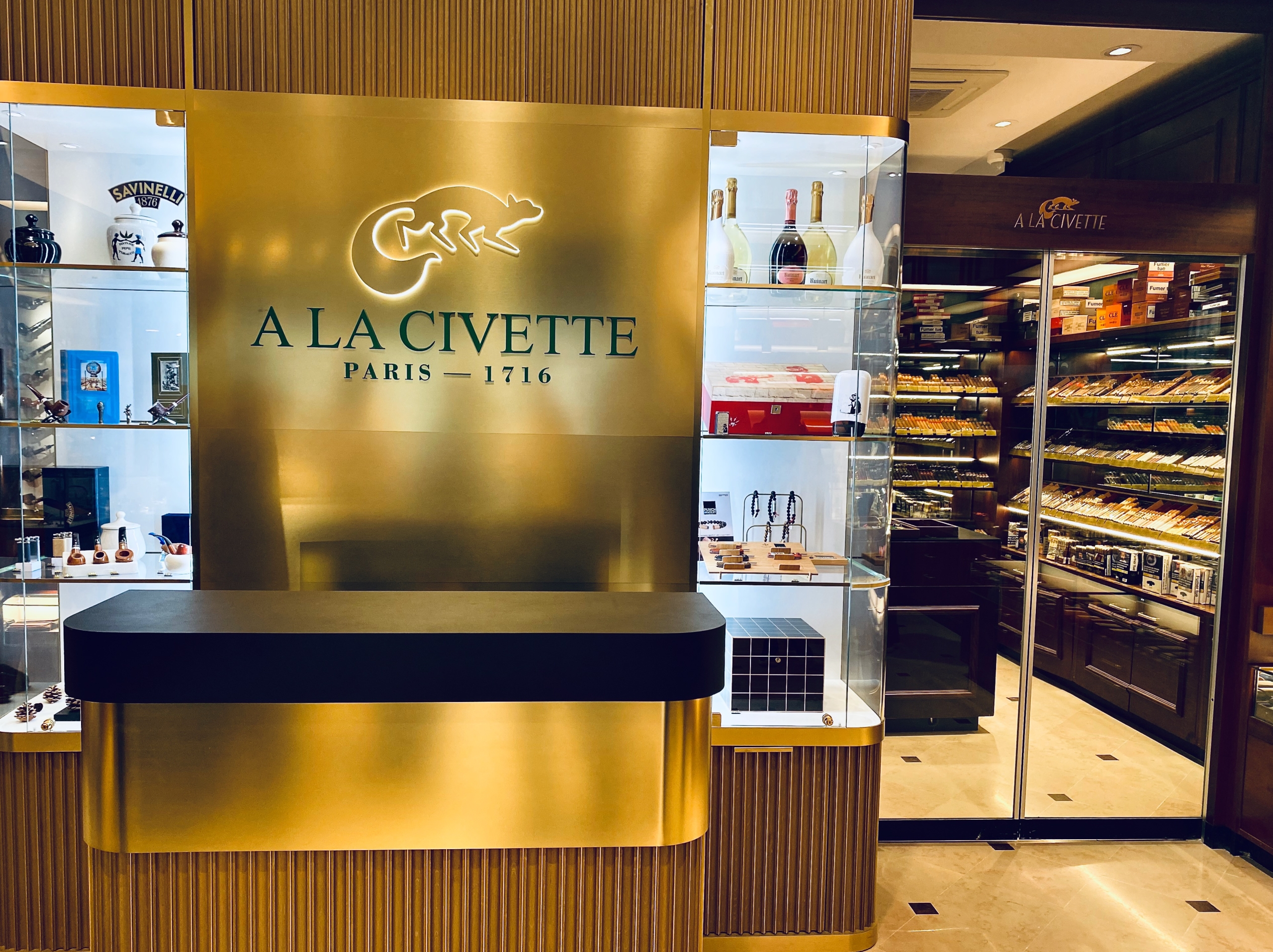 A La Civette has sold an extensive selection of high-end cigars since 1716. With its luxurious view of the Louvre, this is the perfect launching point for lovers of history and culture. The newly remodeled shop comes with a walk-in humidor stocked with old favorites as well as special editions. Some stand-outs include Davidoff Oro Blanco, Romeo y Julieta’s Linea de Oro, and the Magnum 52 made by H. Upmann to commemorate the year of the tiger. If you ask nicely the staff will also show you the shop’s rhumerie, which includes meticulously chosen top shelf rum, whisky, armagnac and more. Take a peek at the vintage bottles, such as a Rhum Clément from 1976 and a spectacular 1946 bottle of Domain de Courcelles. Lacquered humidors, cigar cutters and other accessories also make great souvenirs to bring back from your trip.

Once you’ve selected your stash, channel your inner literature buff as you wander through the Place Colette, past La Comédie-Française, where Moliere’s theater troupe once performed, and into the gardens of the Palais Royal. Sit back, puff away and take in the scenery that has barely changed in 300 years.

After getting your fill of Parisian splendors, head back to the 8th for lunch at La Belle Poule. This French restaurant features traditional cuisine and house made cocktails. Cigar lovers can retreat into the large smoking lounge where they can order from the menu or opt for the outdoor terrace. It’s also steps from the Salle Pleyel, a 1920s Art Deco concert hall, known for having some of the best acoustics in the city, making it worth checking what’s on while you’re in the city.

A leisurely stroll after lunch will bring you past Napoleón’s Arc de Triomphe on the way to have a late-afternoon shave, shoe shine, and cigar. Gentleman 1919 is the current go-to place for locals who are passionate about cigars and speakeasy bars. From the vintage-chic barbershop seen from the street, we enter a back door to find a mood-lit cocktail bar and smoking lounge, created by Maxime Simonneau and Antoine Drieu. According to Drieu, the space is “intended to welcome men in search of a place to share a certain art of living and a culture of good taste, displayed both aesthetically and tastefully.”

Guests can buy cigars from the well-stocked cellar or bring their own ammunition and relax on the Chesterfield sofa after some pampering. The ideal pairing for the prohibition-era inspired space is a rum old-fashioned and a Quai d’Orsay n°54. 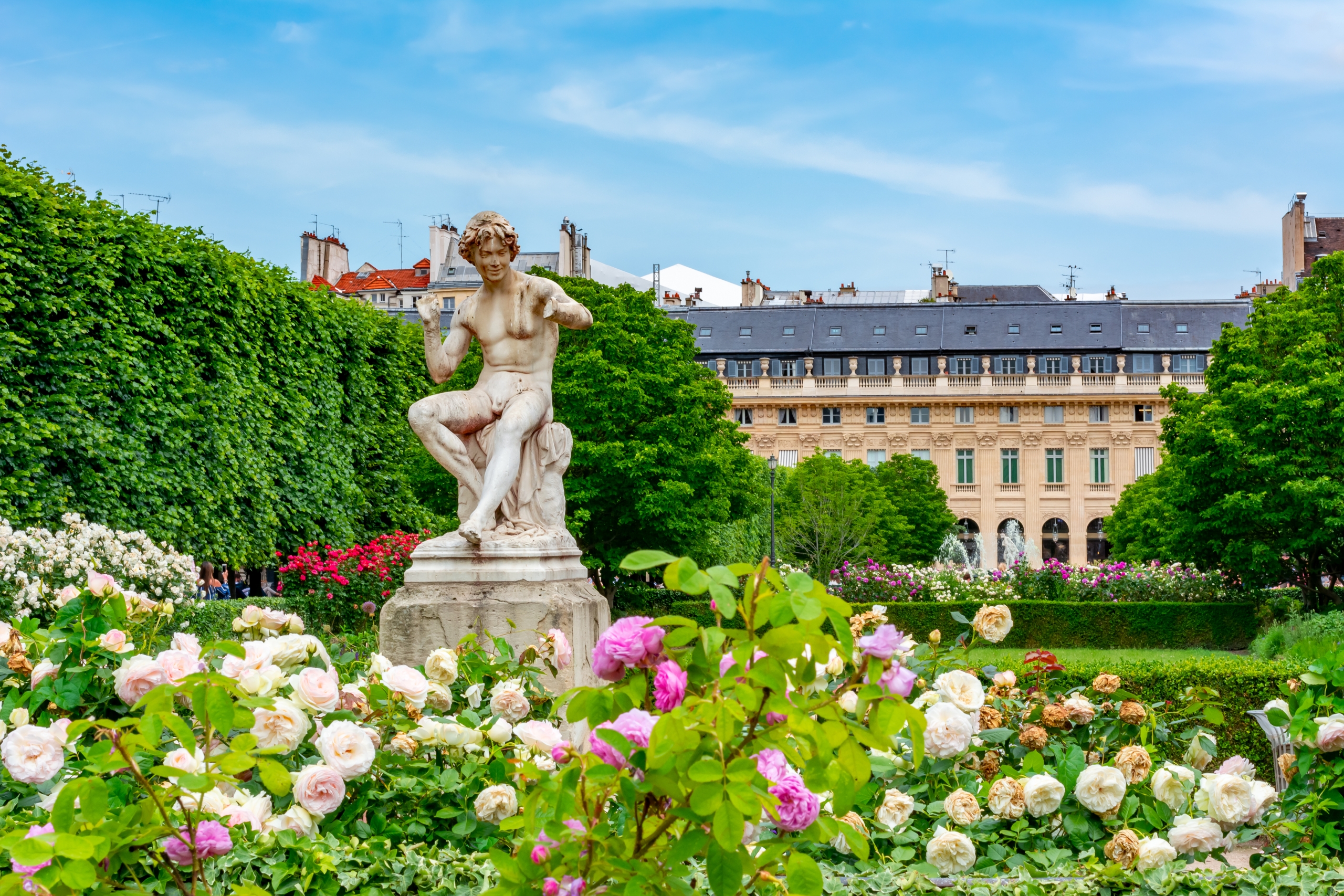 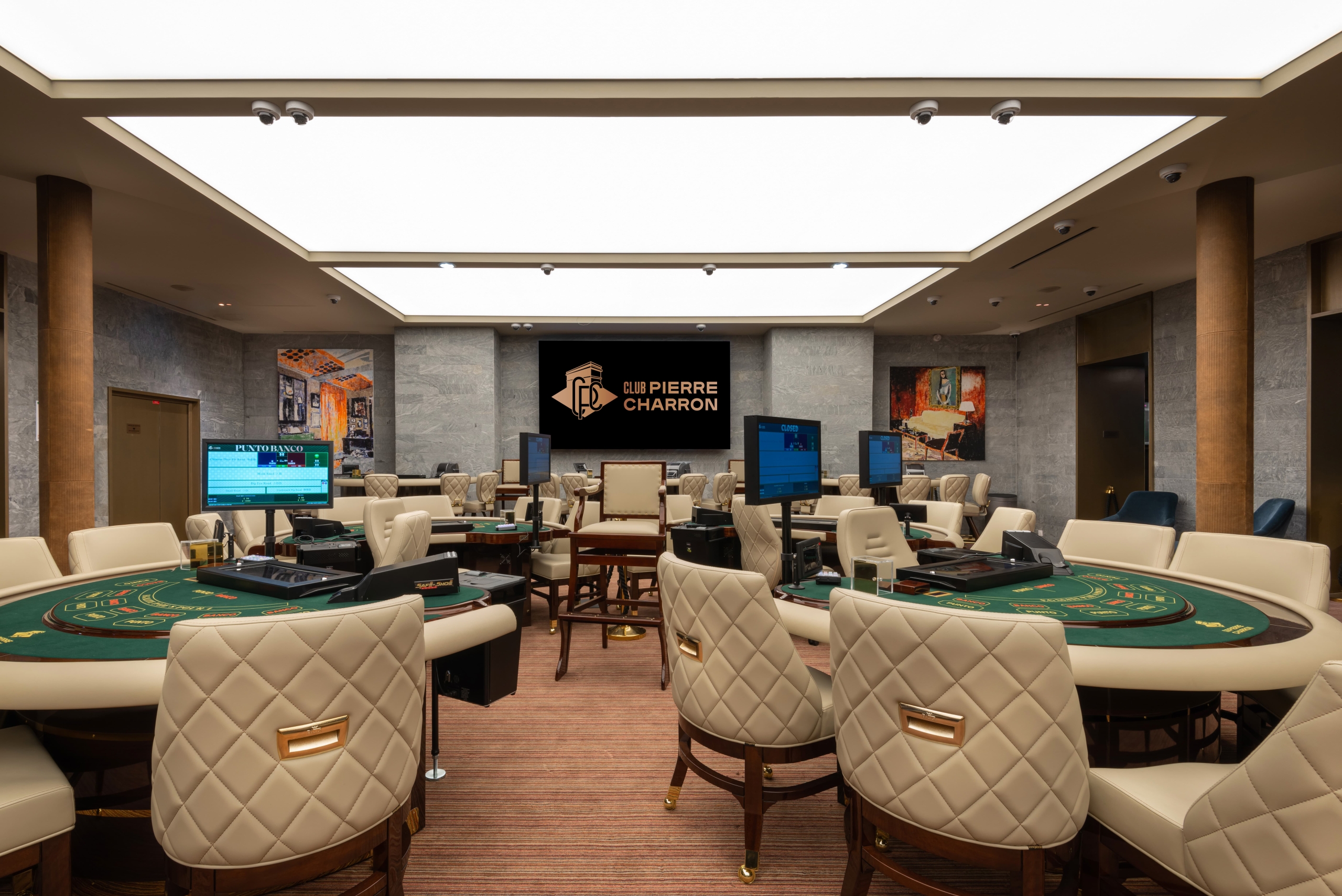 To finish off your day, we recommend a bit of frivolity. Club Pierre Charron, located just off the iconic Champs-Élysées, is an elegant gaming club dedicated to traditional casino games such as Poker, Blackjack and Baccarat as well as live gaming experiences. Created by an avid player, Club Pierre Charron is packed with regulars on the weekends who play into the early hours of the morning. Unlike most gambling haunts known for free-flow cocktails and lacking in food, Pierre Charron puts the country’s culinary traditions front and center. Head past the flip of cards and the throw of dice into the private dining room, where you’ll be served up excellent French cuisine and fine wines. Alternatively, if the game is too hot to step away, ask for your meal to be brought directly to your table. The hospitable staff is ready to serve your every need while the game is in play. When you’re ready for a cigar, head upstairs to the dedicated smoking lounge. The lounge has a small selection of cigars and cigarettes available, including H.Upmann Magnum 54s and Davidoff Millenium Robustos. You can order drinks at the bar to drink in the plush library-style smoking lounge before making your way back to your game.

Paris is one of the most visited cities in the world, yet, even with its influx of tourists and commerce, fashion weeks and filmscapes it still sells what it preaches–luxury, excellence, and savoir faire. In a city dedicated to bon vivants, you’re sure to find good company in some of the best places in the world to enjoy a cigar.