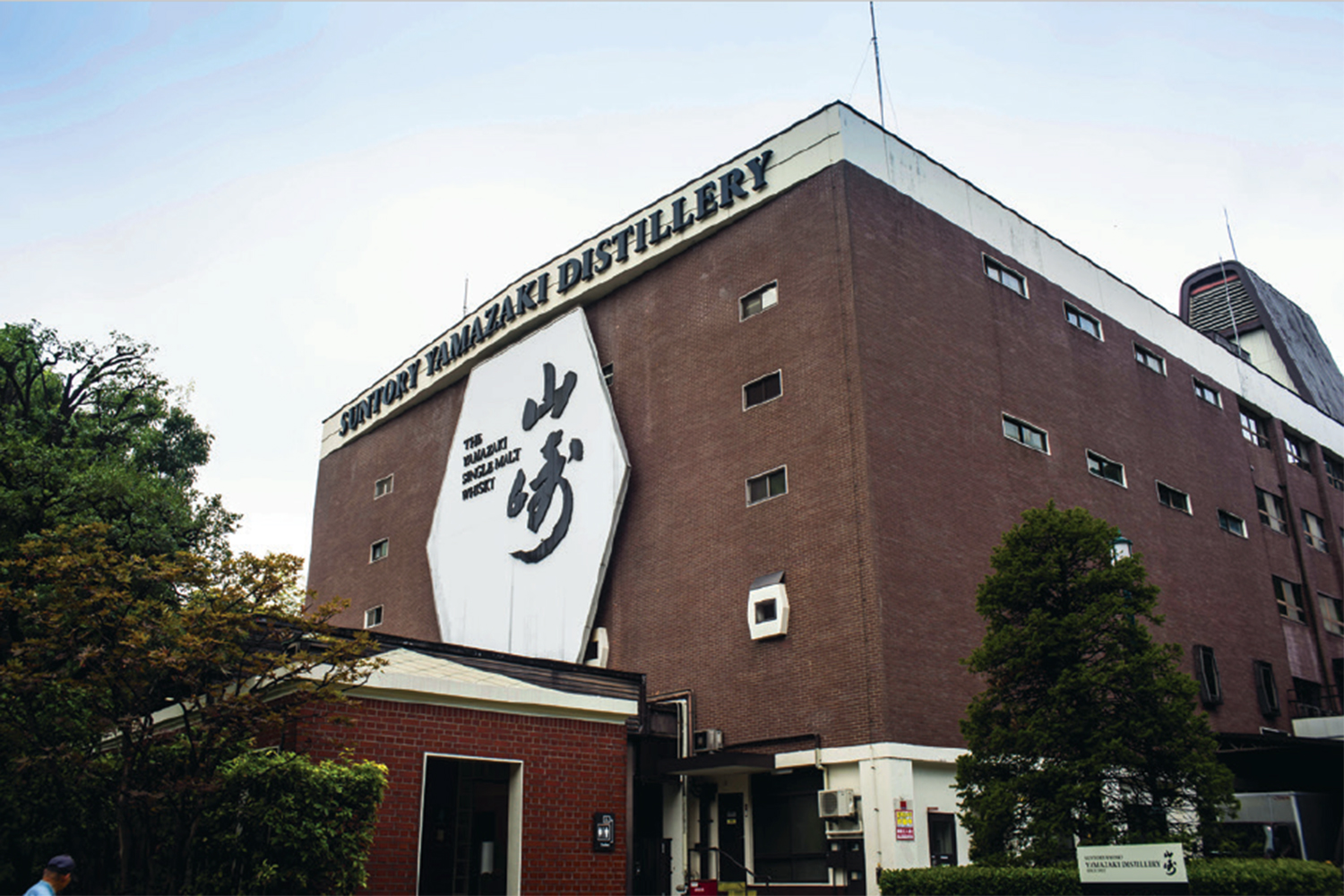 Japanese culture is fragrant and exotic and their whisky is no exception. Make no mistake about it, sake’ may be the national beverage of Japan, but it is their whisky that intrigues the most sophisticated palates well versed in Scotch, Irish and American whiskies. With its delicate familiarity, Japanese whisky continues to make a radical, unanticipated climb in popularity both in Japan and abroad.

Whisky production in Japan can be traced back almost 150 years where it remained predominantly domestic and undeservingly dormant. This little-known expression got its first glimpse of international stardom when a Nikka 10 year Yoichi Single Malt was awarded “Best of the Best” by Whiskey Magazine in 2001. For the next decade, Japanese whisky production continued its quest to produce a “Scotch” whiskey in Japan while gradually acquiring a quiet cult following. This quest sent shockwaves worldwide when Jim Murray, a critically acclaimed whiskey connoisseur, bestowed Suntory’s Yamazaki Single Malt Sherry Cask 2013 as the “Worlds Best Whisky” in his 2015 Whiskey Bible. This was a groundbreaking and ground-shaking moment in the world of whisky as it simultaneously legitimized the Japanese whiskey industry while shattering that of Scotch. For the first time in over a decade a Scotch blend was visibly absent from the list of top five whiskies. This momentous award gave rise to the world of Japanese whisky and set off a rush in popularity that remains unstoppable.

The real intrigue with Japanese whisky is the absence of regulation in production. Unlike a bourbon, scotch or Irish whisky, regulated standards identifying a Japanese whisky fail to exist. This absence of regulation affords ample creative play by the master distiller to produce a whisky where elements in style are distinctively unique and in this case, Japanese. One such distinction would be the use of mizunara oak. The influence of this rare and indigenous oak explodes on the palate with traditional Japanese flavors of vanilla, honey, floral, pear, apple, nutmeg, sandalwood and cloves. In addition to Mizunara, distilleries have the freedom to use a variety of wood casks such as American, Spanish, European, and used sherry casks. Incredibly, it’s not uncommon for one brand to house 50 or more malt and grain spirits. In regard to blends, distilleries use their own whisky and refrain from sharing with competitors. This coveted level of oversight is unique to the industry. It is common for Scotch whisky brands to trade their single malt or grain whisky to produce blends.

From the onset, Scotch has had a profound impact on the evolution of whisky production in Japan. The distinction however, is found in the details. Techniques unique to Japanese distillers have defined a new-wave whisky through the fusion of art and science.

The House of Suntory founded in 1923 by Shinjiro Torii, is home to the highly- acclaimed Yamazaki, Hakushu and Chita distilleries. Having built a reputation on crafting whiskey in harmony with the ethereal landscape of Japan, each distillery takes advantage of its diverse climate and surrounding natural elements to produce distinctive whiskies. Suntory Whisky Toki is a masterful example of the art of blending.

With different shaped stills, varied types of casks, and a variety of wood, the components from each distillery are used to create Toki. Toki is an innovative blend from Hakushu American white oak cask malt whisky, Chita’s heavy type grain whisky and Yamazki’s American white oak and Spanish oak cask malts. The term Toki means, “time” as in not rushed or hurried. The name is reflective of the detailed process used to produce this inviting and delicate whisky blend. Toki shines with aromatic notes of green apple, grapefruit, honey, and basil. The finish is quietly sweet with hints of vanilla and a soft seductive ginger spice. With its sweet and spicy personality, the Toki highball is an outstanding representation of this chilled sparkling cocktail that emphasizes the full flavor of Suntory Toki. 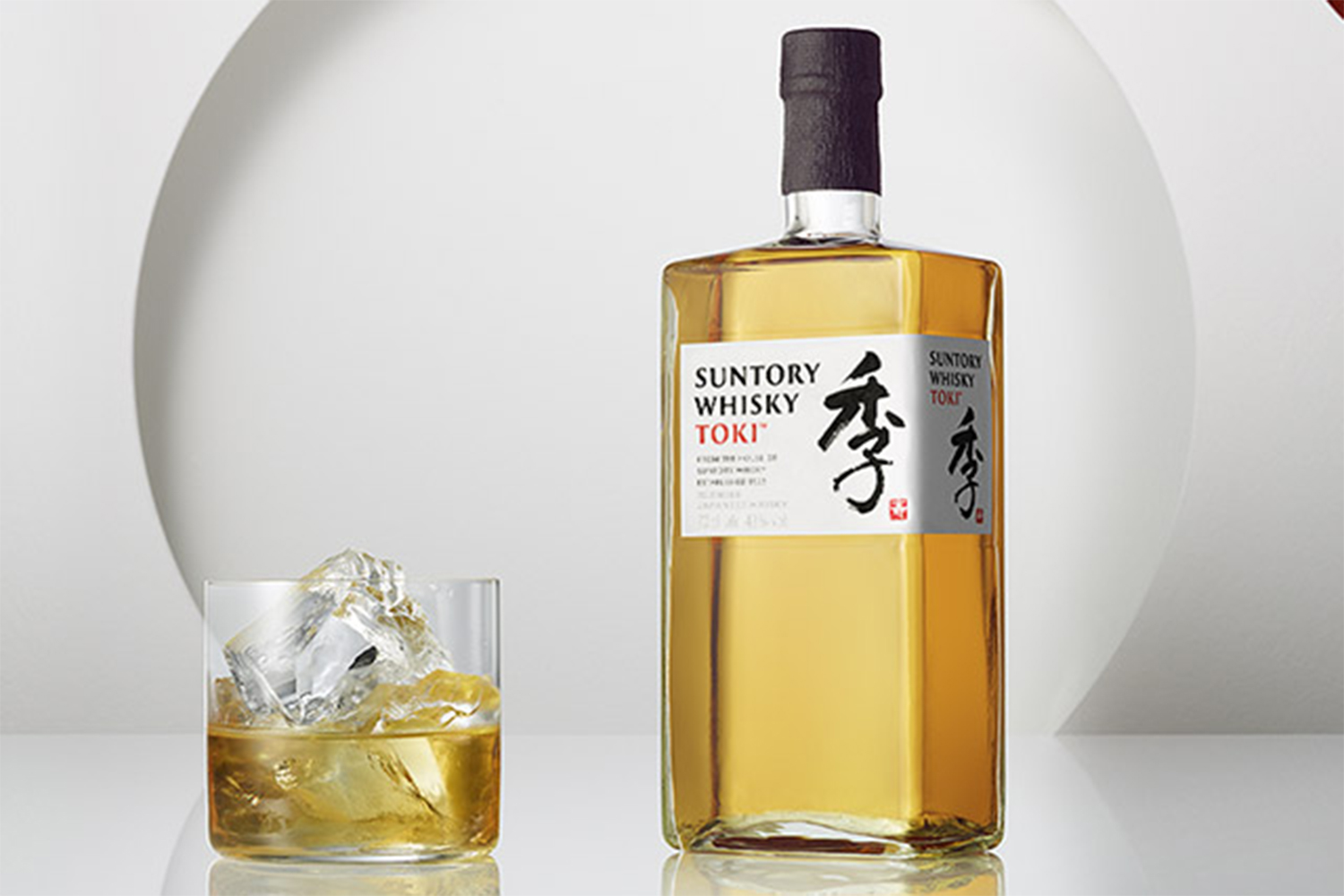 Kamiki comes from the sacred land of Nara, the ancient capital of Japan known as the City of Temples. Nara is home to the Ogami Shrine, an ancient shrine known as the protector of Japanese breweries of Nara. Aptly named Kamiki, Kami meaning God and Iki meaning breath, this whisky is heavenly.

A worldly brew indeed, Kamiki is a divine blend of select malt whiskies from around the world with the finest malt whiskies of Japan. This superior blend makes an intriguing move as a non-age statement whisky aged in yoshino sugi casks, also known as Japanese cedar. A bold, aromatic wood for aging whisky, according to Kamiki this is the “World’s first Yoshino cedar wood aged whisky brand.”

Kurayoshi, a derivative of the Japanese expression “kurashiyoshi” meaning “Good Living,” is unquestionably the perfect expression while enjoying the perfect whisky. Founded in 1910, the Matsui Shuzou Distillery is located on the rugged coastline of the Sea of Japan in line with Mount Daisen, a volcanic peak where water has filtered naturally through volcanic stones for an eternity, the same pristine water used in the production of their whisky. The unassuming Matsui Shuzou Distillery yields an operation of innovation. Employing a modest staff performing under the philosophy of “Whisky to be loved by everyone,” they have created a culture dedicated to the exploration and production of highly respected whiskies.

A twelve-year, pure malt dram? Perfection! Kurayoshi 12 Year is a 100% malted barley whisky sourced from Scotland and blended with Japanese whisky. Aged in new, lightly charred white oak, this gem drinks like a scotch exuding a nutty, vanilla profile with a soft-fruit sweetness and a gentle hint of smoke.