Must Stop Spots for Prime and Chops

Must Stop Spots for Prime and Chops 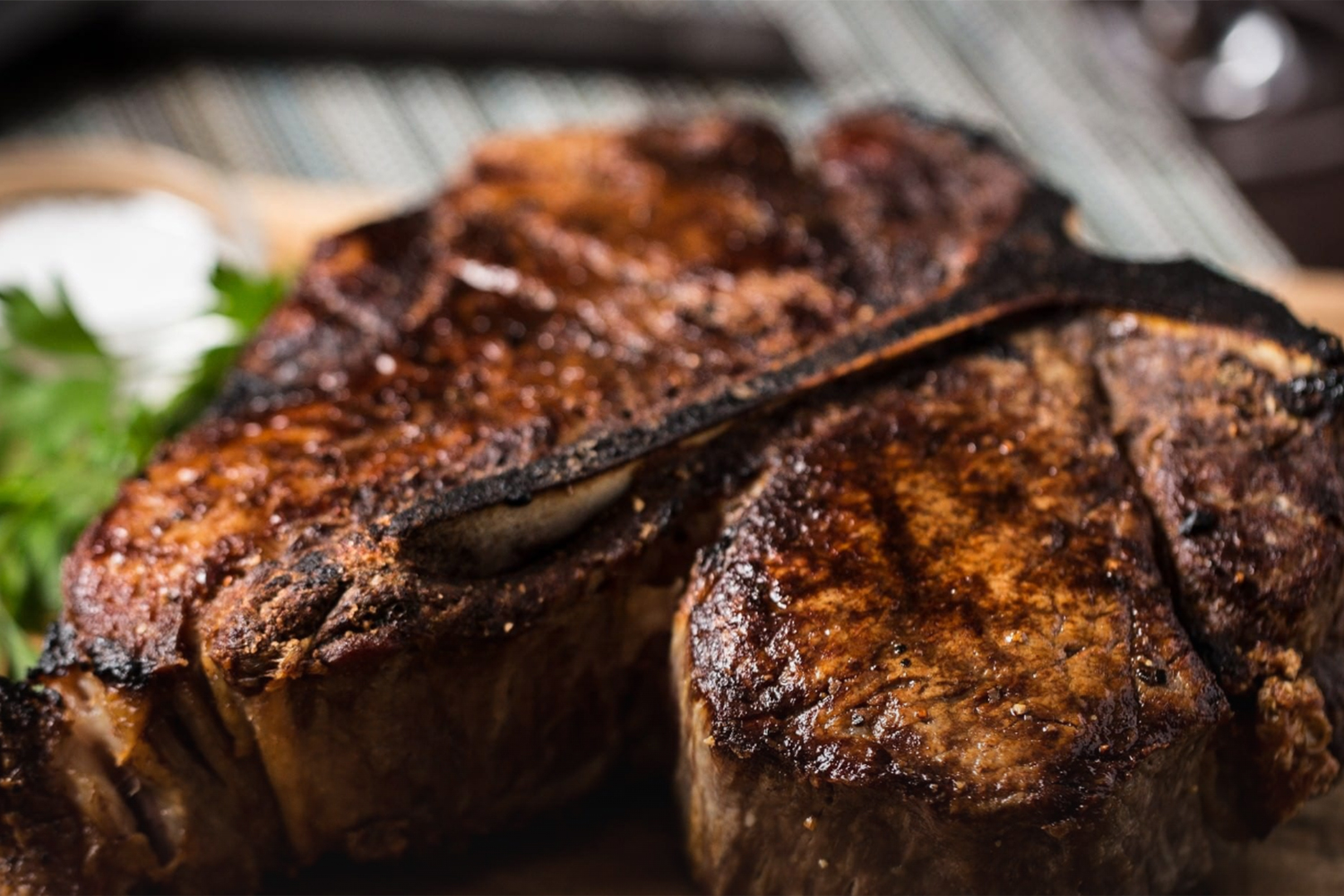 Dining in an old school steakhouse is a unique experience. The dark wood, linen tablecloths and subdued lighting typical of nostalgic steakhouses seem to make the food taste even better. No self-respecting metropolitan area would be without an old-time steakhouse.

Here are some steakhouses of distinction around the U.S. you’ll be sure to visit when you’re in their neck of the woods.

Known for its in-house dry-aged and hand-butchered USDA Prime steaks, the Smith & Wollensky in Manhattan is the original restaurant that spawned franchises by the same name in the U.S., London and Taipei. Located in midtown Manhattan on the corner of Third Avenue and 49th Street, Smith & Wollensky has been operating in this location since 1977. The name doesn’t represent a family or business legacy; it was chosen randomly from two pages in a New York City telephone book.

Smith & Wollensky takes particular pride in its service, which gets rave reviews from customers. Each waiter wears stars on his or her jacket pocket representing the number of years worked at the steakhouse.

The menu features a selection of filet mignon, sirloin, rib steak, porterhouse and prime rib, all hand butchered to preserve quality, texture and flavor. The Smith & Wollensky process cures steaks slowly over four weeks at a constant 36 degrees Fahrenheit. Anywhere from 7 to 12 tons of beef are being aged at Smith & Wollensky at any given time.

The story of Alfred’s Steakhouse goes back to 1928, when Italian immigrant Alfredo Bacchini opened the first iteration of the restaurant on Vallejo Street in the City by the Bay. After several moves and mergers, the current version opened on Merchant Street in 1977, and was purchased by the Alta Group in 2016.

The steak menu at Alfred’s has some choices not usually seen at traditional steakhouses. Chicken Fried Steak and Jack Daniel Whiskey Tips are right alongside Grass-Fed Filet Mignon and Full Bone-In Chicago Rib Steak. There’s even a Vegetable Medley entrée for non-meat eaters. The steaks are dry-aged, which is reportedly uncommon at Bay Area restaurants.

The ambience at Alfred’s is very traditional, with dim lighting, red leather booths, deep mahogany wood, red walls, and chandeliers that are replicas of those hanging in the Vienna Opera House. It’s a favorite among Bay Area steak lovers.

Old World elegance meets 1940’s Hollywood at Butcher & Singer, one of Philadelphia’s top steakhouses. Designed as an homage to the glitz and class of old Hollywood, this restaurant was opened in 2008 by well-known restaurateur Stephen Starr. Billed as a luxury boutique steakhouse, Butcher & Singer is both classy and retro. Taking its name from the brokerage firm that used to occupy the turn-ofthe- century bank lobby where the restaurant is now located, Butcher & Singer features dark woods, parquet floors, potted palms and atmospheric jazz. Guests can dine al fresco on the sidewalk patio in the nice weather and people watch the hustle and bustle as well.

The dinner menu features such steakhouse classics as the 14 oz. New York Strip, 18 oz. Delmonico and 16 oz. Bone-in Filet Mignon. Fish is also an option, with Halibut, King Salmon and Lobster a la Newburg among the selections. Along with the great food, guests rave about the ambience. The dramatic lighting, cushy leather banquettes and striking candelabra chandelier help make it a meal worth remembering at this old school-style steakhouse.

Imagine a steakhouse menu that has gone virtually unchanged for the past 100 years. This is what you’ll see if you visit Musso & Frank’s in the heart of Hollywood. A staple in Tinseltown since 1919, Musso & Frank’s was designed to be a classic New York-style bar and restaurant, and has become synonymous with the West Coast entertainment industry.

The high ceilings, dark wood paneling and red leather booths have remained the same since the restaurant first opened its doors. Over the decades, a veritable list of who’s who in the film and literary industry have patronized Musso & Frank Grill.

Although Musso & Frank is worth visiting just for the history, the food is the main attraction. Entrees like Bone-In Ribeye, Filet Mignon, Roast Prime Rib, Lobster Thermidor and Filet of Sandabs keep guests coming back. Italian entrees are also on the menu, including the restaurant’s signature Fettucine Alfredo. The recipe for this famous Musso & Frank dish was given to the owners as a gift by Douglas Fairbanks and Mary Pickford, back when the restaurant first opened. They obtained the recipe from a chef in Rome, and customers haven’t stopped raving about it since.