I’ve had to be conscious of not commiting a typo when I review Alec Bradley Cigars or those developed by Alec & Bradley. Let me clarify. When Alan Rubin’s sons (Alec and Bradley) came of age a few years ago, both young men wanted to enter the cigar world. Obviously, it was organic to the brand because the cigar company was named after them by their father.

They’ve been releasing cigars under their brand, Alec & Bradley, which is distributed by Alec Bradley Cigars. It’s in their DNA.

The Kintsugi is a stand out blend from the Rubin brothers, sporting an eye-catching blue Japanese-inspired banding. There’s an earthy sweetness on the initial draws, and a surprise of old-fashioned spiced gum drops at the 1/3 point. The Kintsugi continues that spice profile throughout, sometimes sweet, sometimes earth, which builds more toward the nub.

As there’s a spiced profile to the Kintsugi, I grabbed a bottle of fresh, tropical liquid to balance it out: Dos Hombres Mezcal–the spirits brand of Breaking Bad stars Bryan Cranston and Aaron Paul. Dos Hombres is an award-winning mezcal. It’s exceptional in its quality and flavor. Mezcal can range from tequila-like to incredibly smoky, and this particular blend expertly meshes the best of both. Tasting notes of apple and roasted herbs linger over a baseline fresh-tropical note, and together with the spice of the Kintsugi, there’s a wonderful interplay of spices, light smoke and fresh, crisp fruit. 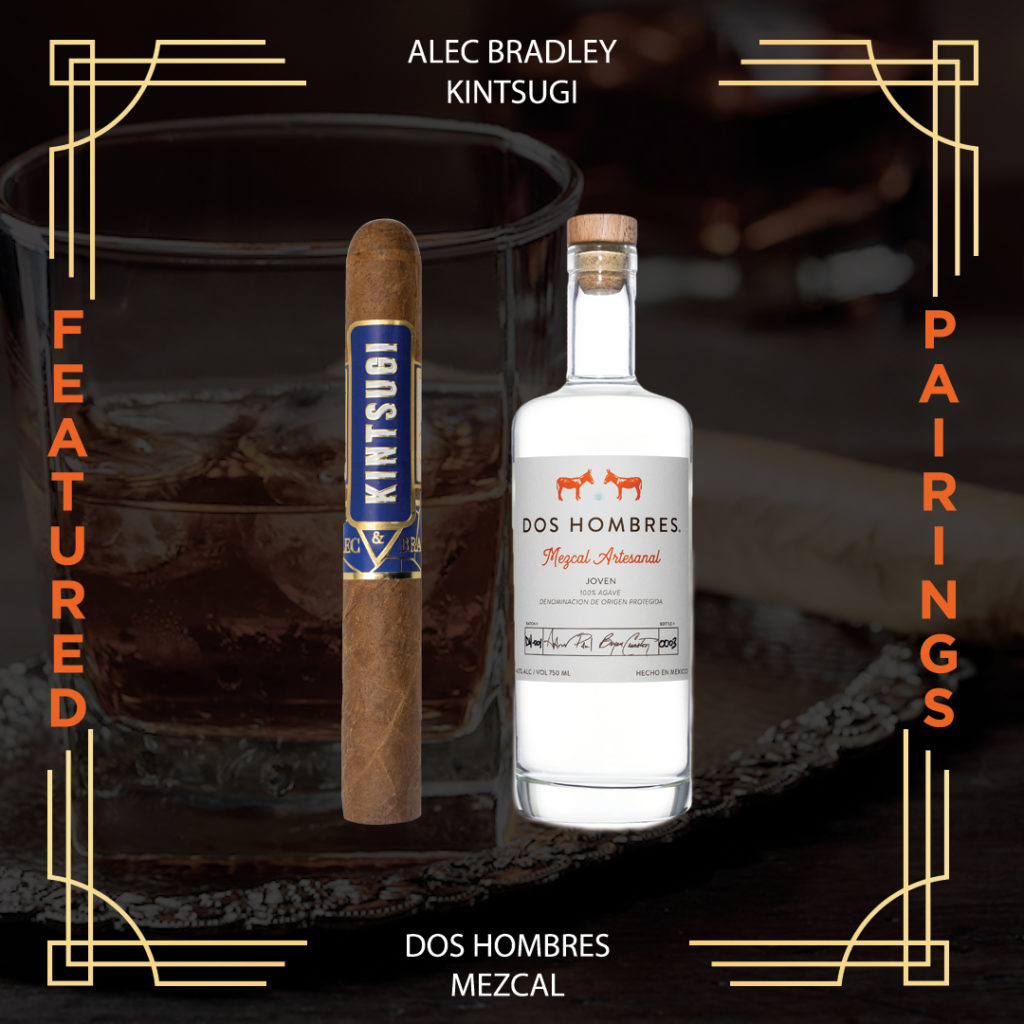