I visited Kentucky in late 2019 and noted there’s a clear connection between bourbon and cigars beyond the obvious relationship. The gift shops and bourbon makers have noticed it as well. There’s a handful of them who’ve developed their own smokes, whether on their own or partnered with a high profile company (see Drew Estate and Pappy Van Winkle). Buffalo Trace has partnered with General Cigar Company and Cigars International to develop their own, and here we have it: the Buffalo Trace cigar.

The label and foot ribbon on this stick is classy, as would be expected, and matches that bottle of bourbon on your shelf perfectly. Sold in boxes of 20, Buffalo Trace is a serious cigar, well-built and long-filler. It’s encased in an Ecuadorian Sumatra wrapper, bound with Brazilian Arapiraca leaves, and its filler is Dominican and Nicaraguan. The result is a refined and well-balanced smoke, with some nutty vanilla notes and lingering raw cashew on the palate.

And now for something completely unexpected…I decided not to pair the Buffalo Trace cigar with bourbon, but with something from over the pond. Mossburn Speyside Scotch was the choice. This Mossburn expression is a well-crafted blend for those who love the juice from Speyside. It features some berry notes on the fore palate followed by a long barley finish that’ll remind you of lager beer. It’s a silky drinking scotch with little to no smoke or peat (not from Speyside), just a sweet bright flavor profile that goes well with those nuttier, sweeter notes of the Buffalo Trace. 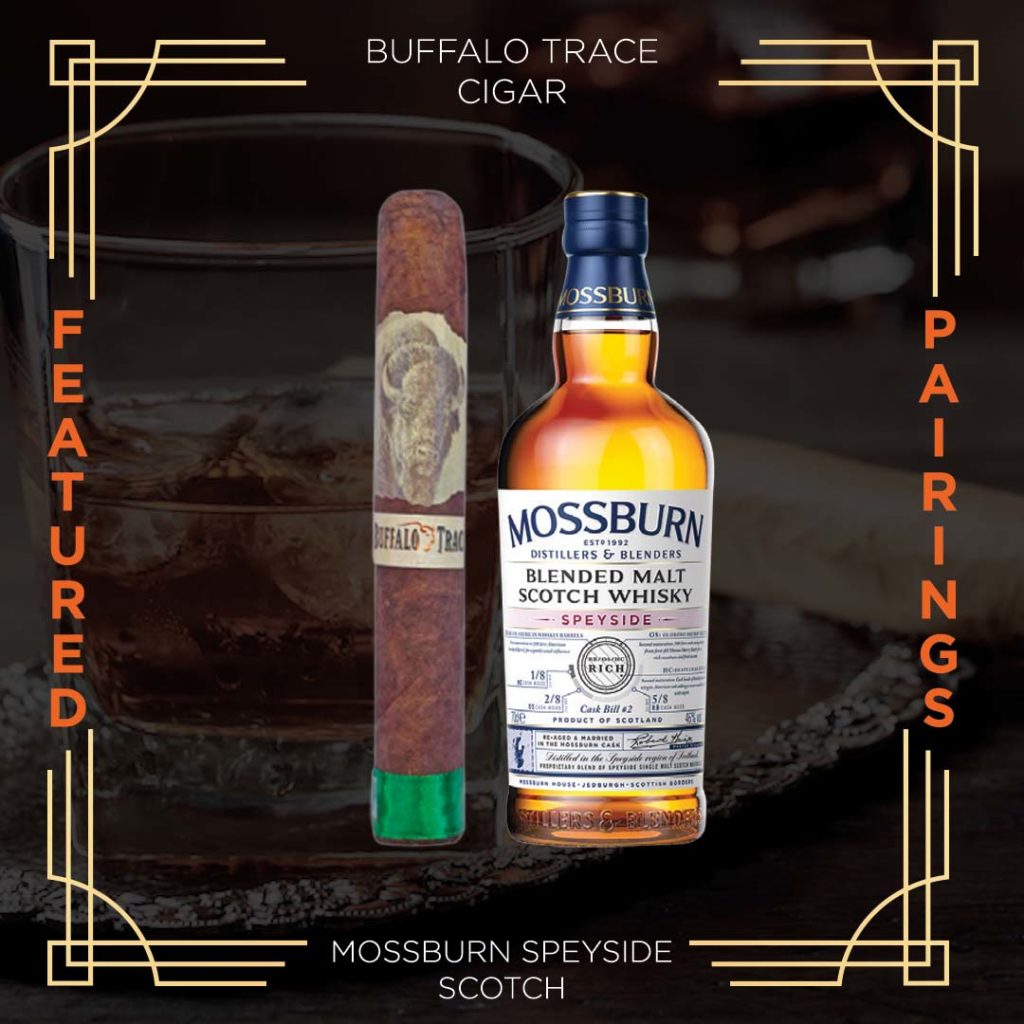