Cole Hauser comes from movie-making royalty. The great-grandson of film mogul Harry Warner, a founding partner of Warner Bros. Entertainment back in 1923, Cole grew up in a family of actors, writers and producers.

But talking to him in a studio in downtown Los Angeles this past April, you’d never know Cole was anything but a regular guy. Although his career includes roles in a number of films, including Dazed and Confused, Good Will Hunting and Tigerland, and he has become a household name playing Rip Wheeler in the Paramount+ smash streaming hit Yellowstone, Cole seems more like the kid who grew up hanging out with the cowboys in the bunkhouse instead of in the big house with the privileged folks.

We asked Cole about what it’s like to play Rip, his experiences working Taylor Sheridan, and what he has coming down the pike. 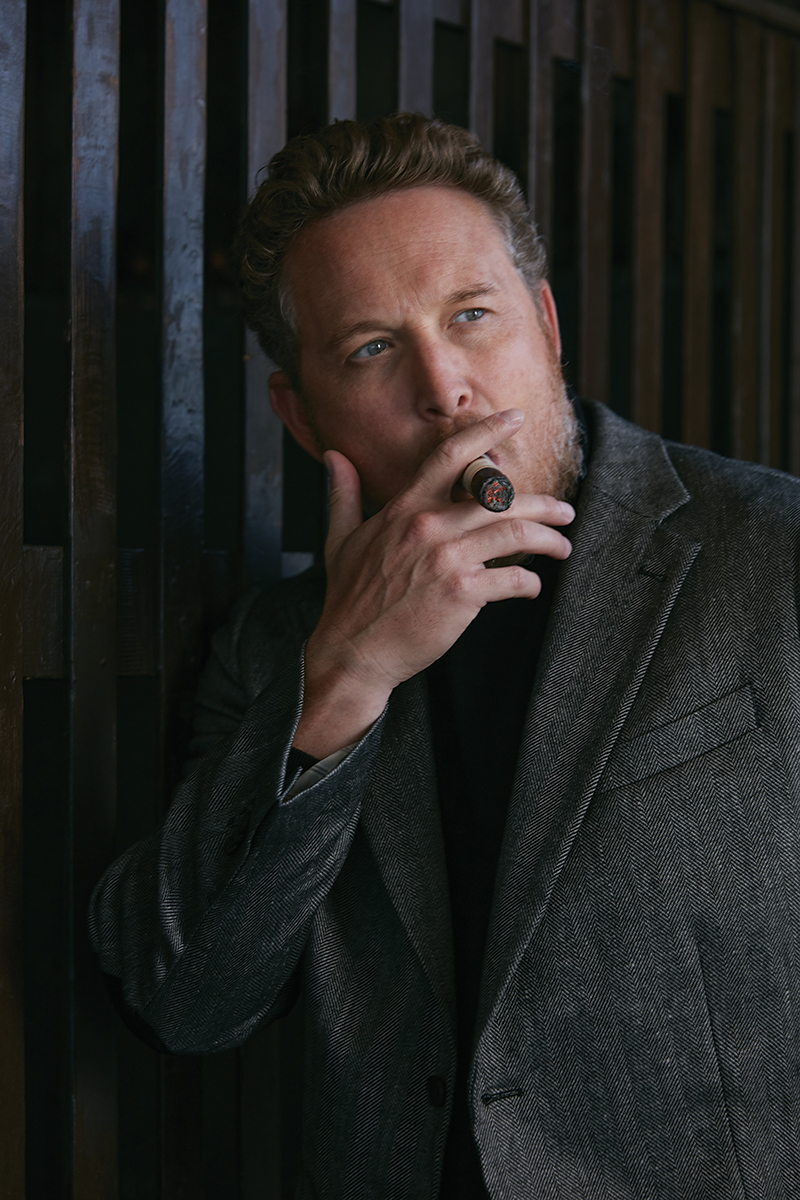 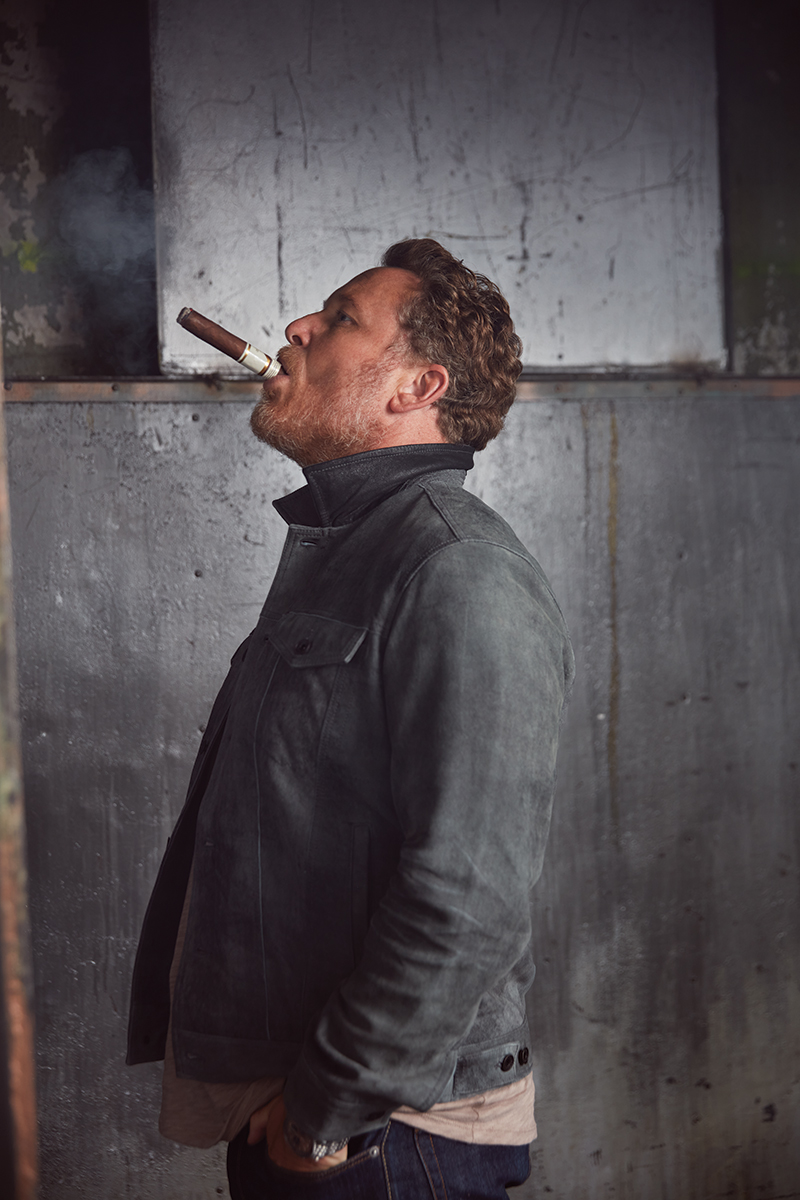 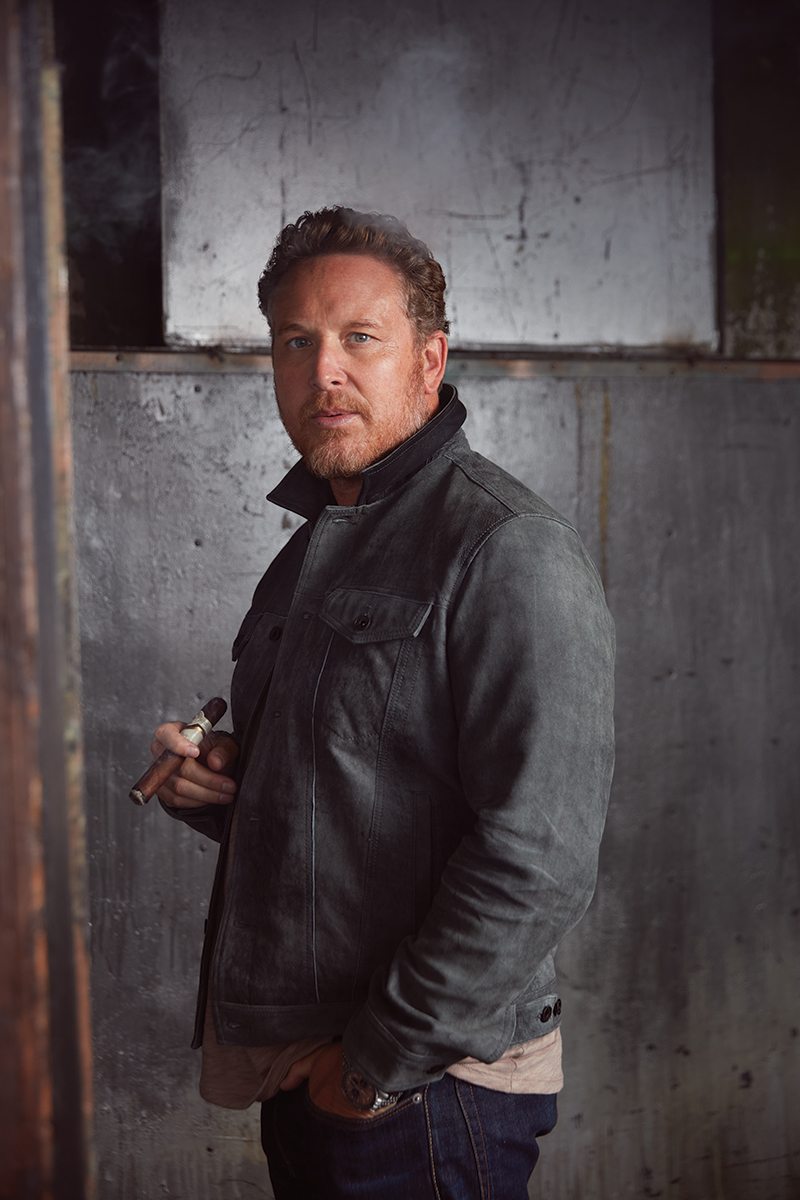 C&S Magazine: How did you come to play Rip?

Cole Hauser: A good friend of mine, John Linson, who’s the co-creator at Yellowstone, was friends with Taylor Sheridan, the writer. John sent me the script and said, “Take a look at [Kevin] Costner’s kids and let me know.” I read the script and immediately was drawn to Rip. I just thought he’s a guy that over time can grow into an exceptional character. Taylor is such a great writer that I thought “I’ll get to know him and he’ll get to know me, and we’ll get along. He’s a horse guy. I’m a horse guy.” I have a lot of friends down in Texas [where Sheridan lives], and just talking to Taylor for two hours on the phone, we saw eye to eye. Again, I saw the future of him, I guess.

It turned out to be a great fit. Were you familiar with Taylor’s work before you read that script?

Yes, one of my favorite films at that time was Sicario with Josh Brolin and Benicio del Toro. An unbelievable cast, but Taylor’s writing–I thought he depicted the border and what was going on down there brilliantly. I was very interested in that place in America, the issues going on down there. I thought he did a wonderful job of creating that story and telling it.

Yellowstone fever seems stronger than ever with fans of the show.

Yes. I’m excited any time that I get to go do this show. I love Montana. I have family in Montana. My dad’s side of the family’s been there since the 1800s, so I feel at home there, and I get to be in nature. It’s the best “office” in the world.

You look like a seasoned rider on screen. Tell me about your horse background.

I grew up on a ranch. I’ve been riding since I could walk. We used to have a pony named Cinnamon. He used to take me out to the Oregon countryside, and my mom would ring the bell every night as the sun was going down, and Cinnamon would walk me back. He’d lower his head and I’d slide down his neck. That was the beginning, and then I rode up until probably 11 years old. I then got away from it, and went and played sports and did other things. I eventually came back to it. It’s like riding a bike. You remember. The sense of how horses are comes back to you, and the way you need to be with them. On this show, working with Jake Ream [Yellowstone actor and horseman], and with Taylor, they had me do every western riding discipline, from reigning to cutting, roping, using different saddles, different horses. That sped up the process in getting back into the feeling of being a great rider again. Now, I haven’t ridden in a year-and-a-half, so I’m going to be sore as shit for a while.

Yes. That’s why God made Advil. Were you a fan of the Western genre before Yellowstone?

I’ve been a fan since I can remember. I love all Westerns, even Giant [a 1956 epic film starring James Dean]. Those kinds of Westerns, to the Spaghetti Westerns, to the old American and Hispanic Westerns. I’m a film historian when it comes to Westerns, so I love it.

There’s obviously a huge history between the two of them. Rip and Beth have known each other since he was an orphan child at the age of 12. Every person has that soulmate, that person who’s kind of the yin to their yang. The way I’ve tried to portray Rip with her is he’s not interested in butting heads. He has a way of breaking down her seriousness or anger or emotion with either kindness or love. Those are the things that make them special.

Yes. Because if you guys went head-to-head, that could get ugly.

Yes. For example, when she gets pissed off, I start laughing at her. [laughs] It’s like, “Okay, honey.”

Well, that first episode, she was really mean to you. You just walked away. You looked at her and walked away.

That totally disarms her.

How do you connect to Rip’s backstory? How does your history inform your interpretation of the character?

His backstory has been one that’s been worked on between Taylor and I. Taylor’s imagination and some of my past with my own family and my own father. Taylor has become a really good friend, and he knows a lot about my family and what I’ve gone through. He hasn’t used all of it, but he has used some of it to trigger certain things in me as an actor and also in Rip. Taylor’s done a wonderful job of exploring who Rip is, what gets him going, the blackness in his heart, the red that’s still there. It’s been fun to be able to play those different colors throughout the years.

Rip is such an interesting character because he’s terrifying and heartbreaking at the same time. He can be both things.

But he’s scary too at the same time.

He’s not one you would want to take on, that’s for sure.

Yes, exactly. There’s a lot of “Take ’em to the train station,” “Send Rip” t-shirts and whiskey glasses for sale out there. Are you awed by Yellowstone becoming a cultural phenomenon?

I’ve had that question asked a lot recently, and I’m not so much awed by it. I think when you have a grassroots show like this, that started very small and is built from the interior of the country out, and now it’s finally seemingly hit California and New York, which took many years, then you’ve done it the right way. You’ve taken the stairs versus the elevator. Each year, we’ve taken those steps to really solidify not only our audience, but the love for the show.

Do you have any other projects in the offing right now that you want to tell us about?

Yes. I have many that I have been working on for the last eight, nine months. We’re just going out with a show called Chosin, which is about the Korean War and about the Chosin Reservoir, which is one of the most brutal battles in the history of our country against the Chinese. We’re developing a TV show, and it’ll be shot in Korea. Then, there’s The Westies, which I wrote and am going to direct. It’s about the Irish mob in 1975 until the ’80s, and the rise and fall of their reign in New York, and scaring the shit out of the Italians and the police for a few years. [laughs] 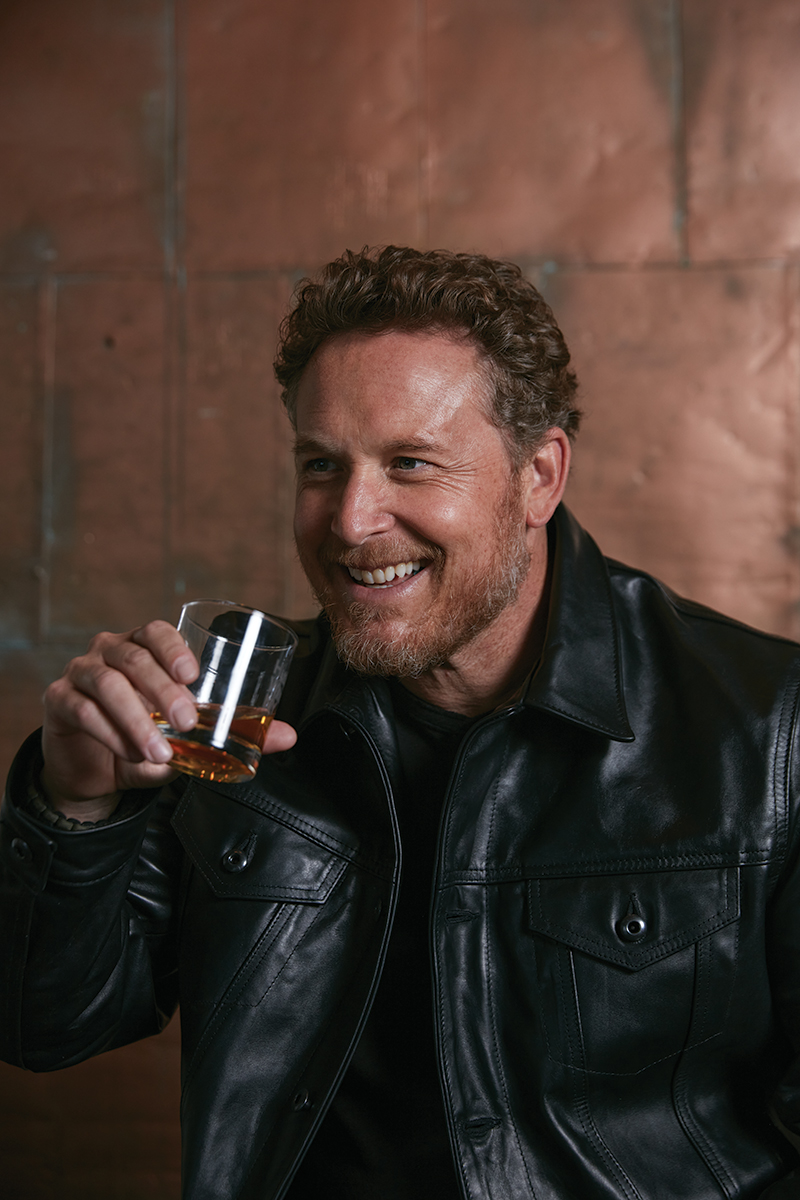 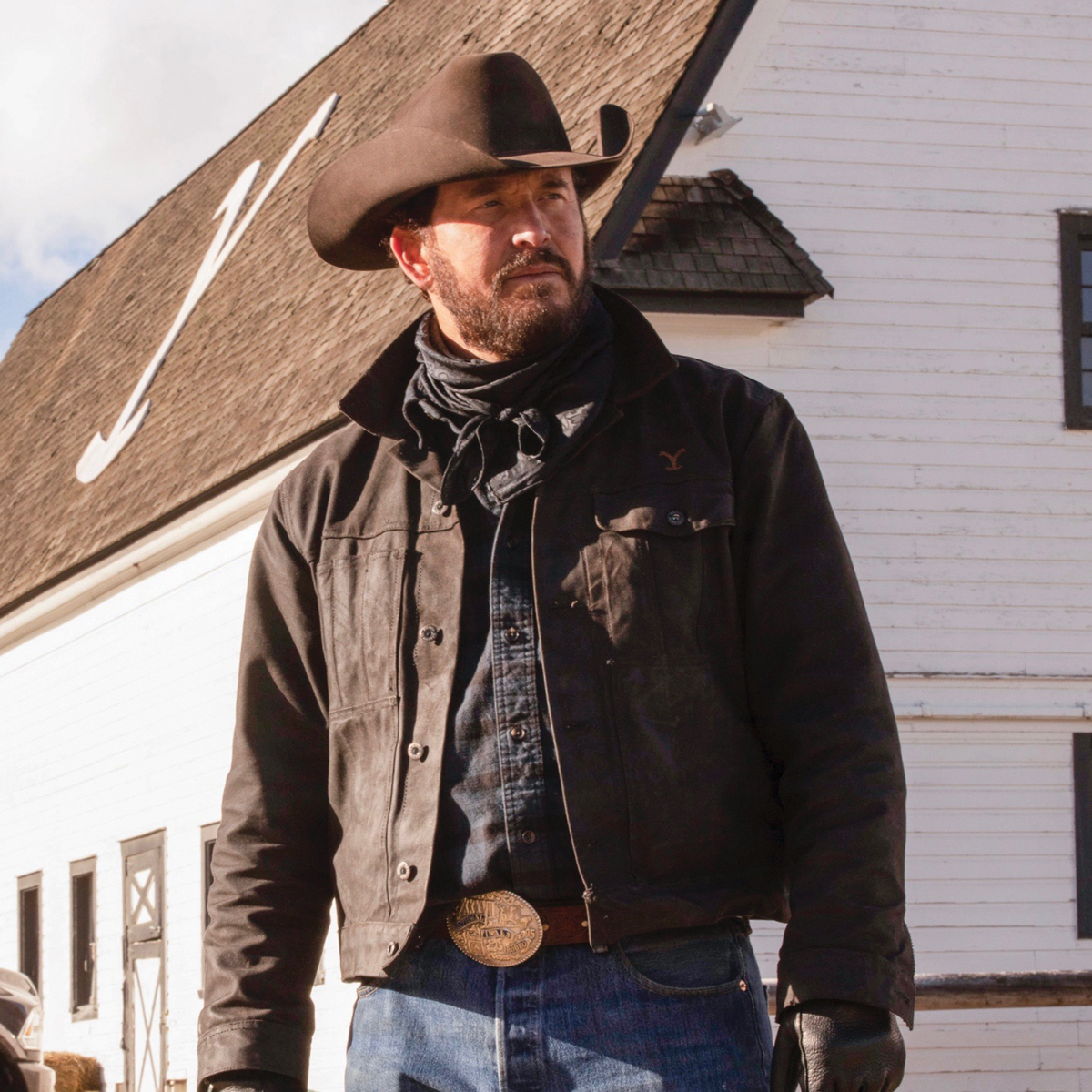 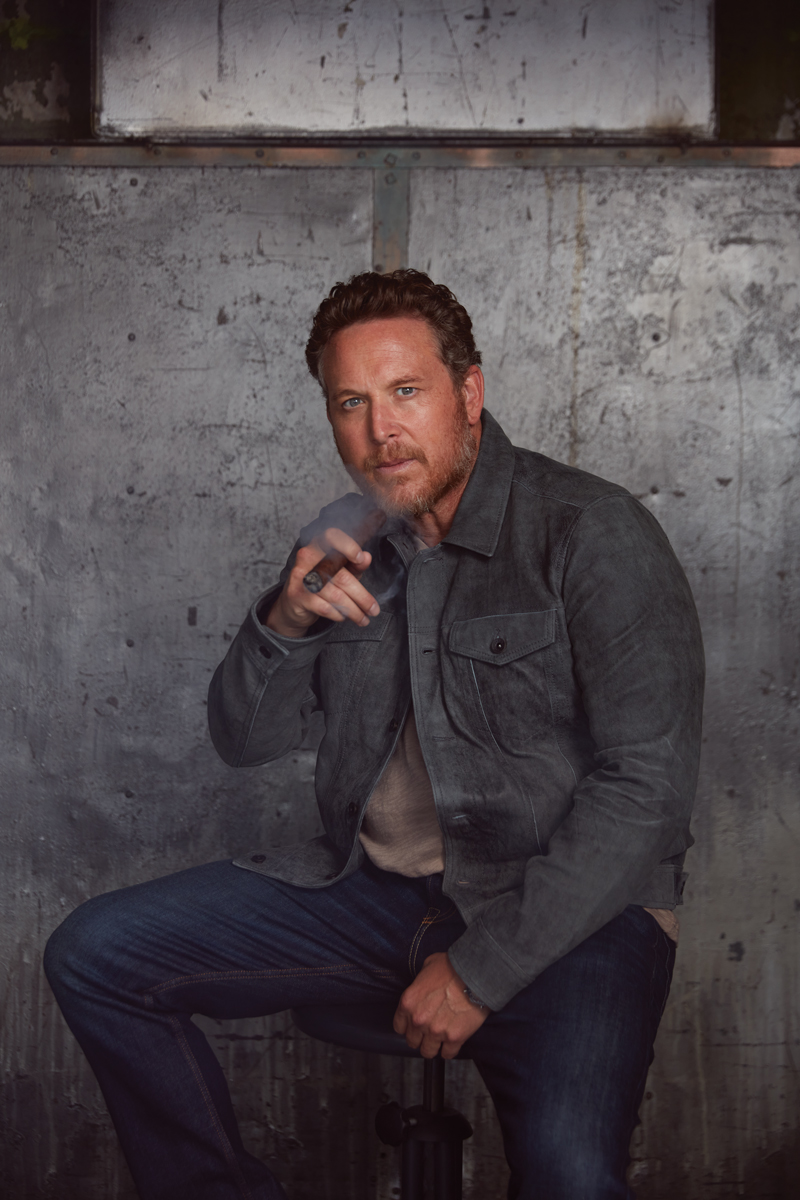 There’s also a film I want to do in Southeast Asia called Lost Soldiers, written by Jim Webb. It’s basically post-Vietnam, about a former soldier who’s been working for the government bringing the North Vietnamese and Americans out of the war and into conversations about moving forward. Those are really the projects I’m focused on right now.

You’re going to be busy. You’ve got to fit Yellowstone in there somewhere.

You have really strong Hollywood roots. Would you say that was a blessing or a curse when you decided to become an actor?

It’s a blessing. When you think about what my family has been able to accomplish on the Warner side–they created sound and film. We wouldn’t be here doing this without Sam Warner’s innovation, the Vitaphone. In many respects, they changed Hollywood. I’m very proud of that side of my family. I never had the chance to sit in a room with any of them, unfortunately. I did have a chance to know Milton Sperling [Cole’s maternal grandfather], who was a writer and producer who wrote some unbelievable films. He was essentially my dad growing up. I got to see him for the first 12 years of my life. Then, my mom [Cass Warner] is in the business. She’s got Warner Sisters. She’s developing a show right now with Warner Bros. about the family history. My dad [Wings Hauser] is a musician and actor. It’s all through my family.

Show biz is in your genes.

It’s part of the DNA. I didn’t openly speak about that though when I was auditioning as a child. Nobody knew. I don’t have the Warner last name or Sperling or anything.

I have to ask if you guys get the chance to partake in any cigars or spirits on the Yellowstone set or after shooting?

There’s a bunch of cowboys there, so to be honest, after a good day’s work of running cows and stuff like that, they like to have some whiskey and beer.

We can’t wait for Season 5.

[laughs] You and 300 million Americans.

This was great, Cole.

Same here. Nice to meet you.

Audrey Pavia is the author of 23 non-fiction books. She is an award-winning writer and editor living in Southern California, and a frequent contributor to Cigar & Spirits Magazine.